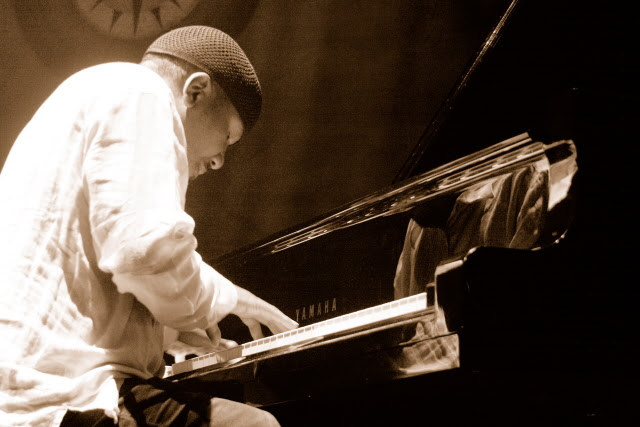 Andile Yenana will be performing at the Rainbow Restaurant at 23 Stanfield, Pinetown on Sunday, August 28.

The renowned pianist is now stranger to the venue and for this gig will be joined by Ildo Nandja (bass), Leon Scharnick (saxophone), Sandile Cele (violin) and Bucco Xaba (drums).

Born in King William’s Town in the Eastern Cape in 1968, Yenana said that his father’s music memories helped inspire his music career, adding: “Already, around nine, my old man had opened my eyes to the world of the arts. Because of that heritage, there’s no way I could be older in this genre of jazz.”

When he began learning piano, it was with a mission, saying: “When I picked up that instrument in Zwelitsha Township, it was to play jazz.”

Yenana did his B. Mus studies under Darius Brubeck at the University of Natal, Durban’s pioneering School of Jazz and Popular Music. There, he discovered the professional music scene around Durban’s clubs, and struck up a firm friendship with two other highly focused music students, saxophonist Zim Ngqawana and trumpeter Feya Faku.

Right from the start, his career has involved a range of projects and collaborations that have taken him far beyond the conventional jazz small group.

He collaborated with saxophonist Steve Dyer and other musicians on pan-African music projects under the title Mahube. He has acted as arranger for vocalists Sibongile Khumalo, Gloria Bosman and Suthukazi Arosi among others, and produced albums for other instrumentalists. He has also played in the Afro-pop band of guitarist Louis Mhlanga.

Speaking about the concert, Neil Comfort, owner of the Rainbow, said: “You will feel uplifted after an afternoon with these cats. So do yourself a favour and perhaps find a friend that needs to experience this kind of magic.”

Doors open at 1 pm and tickets cost R80 at www.webtickets.co.za

The concert at the Rainbow is supported by Concerts SA, a joint South African/Norwegian project housed under the auspices of the Stakeholder Hub within the SAMRO Foundation. It receives financial, administrative and technical support from the Norwegian Ministry of Foreign Affairs, SAMRO and Concerts Norway.

By engaging with musicians, promoters, venue owners and audiences, the project aims to stimulate live music in South Africa by finding and implementing ways to create regular, sustainable performance platforms.

Concerts SA also aims to develop an interest in and appreciation of live music by showcasing music performances and conducting workshops at schools.