THERE is a moment in Think Theatre’s production of Shakespeare’s Othello when Chris van Rensburg, who plays the villainous Iago, looks back at audience and smiles knowingly.

This small action underlines how an actor can, with the simplest of gestures; bring to vivid life a text which scholars believe was written in 1603.

Van Rensburg is one of three new faces in the cast – the others are Kirsty Ndawo, who plays Bianco, a feisty lady of the night, and ‘Maritzburg actor, Mpilo ‘Straw’ Nzimande, who plays a supporting role – and Othello marks his debut in a Shakespeare production.

Speaking to him between performances of the play, at the Hilton College Theatre, Van Rensburg, who studied drama at the University of a Pretoria, revealed that working on the play had been a massive learning curve.

“I auditioned for Hamlet last year… it was an open call for any character. I didn’t hear anything for a while but then, in December, while I was on holiday, Clare [Mortimer, the director of the show] called me and offered me the role of Iago,” he said.

“I didn’t know anything about Othello, but I said yes anyway… I had no idea what I had let myself in for.”

Van Rensburg signed up for the show a mere three days before the cast began rehearsing and, as preparation for the ‘daunting task’, watched Sir Kenneth Branagh’s film version of the play, which starred Laurence Fishburne as Othello and Branagh as Iago.

He also watched the legendary Lawrence Olivier production and another version performed by members of the Royal Shakespeare Company.

“When I was watching those productions, it really dawned on me what I was taking on,” he said.

“Clare was so wonderful,” Van Rensburg said. “She knows the text really well and told me I just had to trust the process, breathe and go with it. I really have surprised myself… I thought I would never get it and now here I am. It’s amazing.”

Asked what he loved about playing Iago, the actor – whose credits include the South African superhero series, Jongo, High Rollers, KykNet’s Moeggeploeg, 7de Laan, the mini-series Huis van Liefde and the Mzansi Magic’s The Road – said: “Well, he is one of Shakespeare’s greatest villains, possibly the greatest of all time. What he does, he does for pleasure… he does it almost out of boredom.

“I love the fact that it’s like he’s not sure himself what he is going to do… he just wants to some kind of revenge and is figuring it out with the audience.

“He seems to have a personality for every person that he deals with and he has an incredible way of saying something which has a massive effect on people.”

Think Theatre has become renowned for its teaching-aid productions of Shakespeare set works for matric school pupils and Van Rensburg is thrilled that he can play a part in bringing the play to life.

“It is so rare that we, in South Africa, and especially people of this age, get the chance to see one of Bard’s greatest tragedies performed live,” he said. “Watching the play gives you a real understanding of what he meant and how relevant the issues he raises – racism, love, jealousy and betrayal – still are today.”

Othello is being performed as part of a Shakespearean double-bill with Hamlet, in which Van Rensburg will play one of Hamlet’s old school friends, Rosencrantz. “It’s been such fun playing opposite Straw [Nzimande, who plays Guildenstern]. The character is the polar opposite to Iago,” he added.

The two plays are being staged in Hilton until February 10, at the Playhouse in Durban from  February 13 to March 24, Dundee on February 27, Newcastle on February 28, Richards Bay on March 22 March, Port Shepstone on March 23 and in Johannesburg and Pretoria in May.

Schools performances are at 9 am and 12 noon, Monday to Friday, and pre-bookings are essential.

There will be a public evening performance of Hamlet at the Playhouse in Durban on Wednesday, March 1 at 7 pm. Tickets are R120 (adults) with concessions available for students and pensioners. 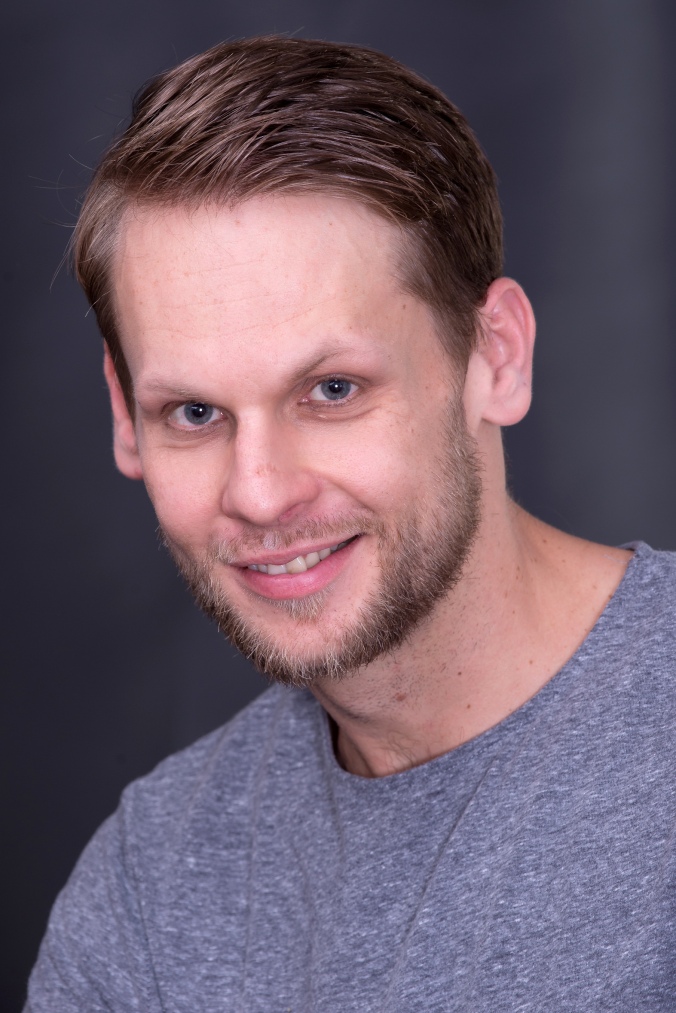 WHO IS CHRIS VAN RENSBURG?

Born and bred in the hustle of Joburg, Chris van Rensburg developed a love for performance from an early age when he started as a choir boy in primary school. Today he is an accomplished actor, singer, voice artist and producer.

The Linden High School matriculant did his drama training at the University of Pretoria, where he was awarded for the best creative contribution to the drama department in 2005.

In the theatre he played Riff Raff in The Rocky Horror Picture Show, Squidward in Spongebob Squarepants the Musical and the psychopath, Franz du Toit in Maralin Vanrenen’s I Have Life.

He is the co-founder of Pôkô Productions, a puppetry and theatre production company, which specialises in shadow puppetry. Productions include Yanagi, Into The Light and The Greatest African Love Story.

Van Rensburg is also an avid physical theatre and improv comedy performer and is a member of the Joburg-based Jittery Citizens.