Estelle Sinkins reviews Think Theatre Company’s production of Shakespeare’s Hamlet, Prince of Denmark, which is being staged in Johannesburg and Pretoria in May. END_OF_DOCUMENT_TOKEN_TO_BE_REPLACED

BRYAN Hiles never imagined himself in the role of Hamlet, instead he thought he was more suited to playing Laertes, brother to Ophelia, writes http://www.theluvvie.com’s ESTELLE SINKINS.

Director, Clare Mortimer, had other ideas. She could definitely see the Durban-based actor playing William Shakespeare’s titular hero and twisted his arm to take on the challenge in Think Theatre’s Hamlet, The Prince of Denmark, currently running at the Playhouse Drama Theatre in Durban. END_OF_DOCUMENT_TOKEN_TO_BE_REPLACED

Renowned for its teaching-aid productions of Shakespeare set works for matric school learners, Think Theatre, in association with The Playhouse Company, presents two of The Bard’s greatest tragedies in 2017 – a new staging of Hamlet, and a revival of the company’s widely acclaimed Othello.

These plays will run in tandem with successive seasons in Hilton and Durban in February and March, and a tour to a number of country venues in KwaZulu-Natal, before transferring to Gauteng for runs in Johannesburg and Pretoria in May 2017. END_OF_DOCUMENT_TOKEN_TO_BE_REPLACED 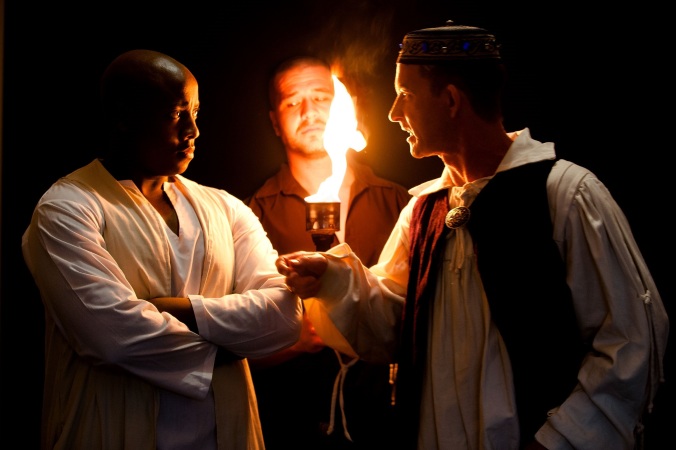 2016 marks the 400th anniversary of William Shakespeare and I am delighted that schools still consider it worth learning the Bard’s work.

Part of that ongoing appeal is being able to see Shakespeare performed live and if your child’s school has not yet booked to see Think Theatre’s critically acclaimed production of the tragedy Othello in KwaZulu-Natal and Gauteng then I urge you to get them to do so.

It will bring the Bard’s work to vivid life and is the perfect salute to the British playwright, who died on 23 April 1616. END_OF_DOCUMENT_TOKEN_TO_BE_REPLACED