THE Centre for Creative Arts (CCA), within the University of KwaZulu-Natal’s College of Humanities will host the 20th Poetry Africa International Festival from October 10 to 15.

Arguably the largest and longest-running poetry festival in Africa, Poetry Africa has, over the years, hosted a wide variety of internationally-acclaimed poetic voices from all over the world.

Twenty poets from South Africa, Africa and different parts of the world will feature in this year’s week-long edition, which will include performances, seminars and, most importantly, an archival exhibition of the past 19 years since the festival was launched.

David wa Maahlamela, director of the CCA, said: “In our attempt at ensuring that UKZN becomes the foremost academic institution in bridging the yawning gulf between academia and local communities, this year’s festival will recognise the significance of cultural leaders in influencing positive change in society.

“This will be our contribution to the World Poetry Movement’s worldwide effort to condemn war and promote peace on earth. In addition to celebrating the festival’s 20 years of existence, we will pay tribute to the 200th anniversary of the conception of the Zulu kingdom. We’re expecting to host representatives from the royal house and other prominent leaders from different government structures.” 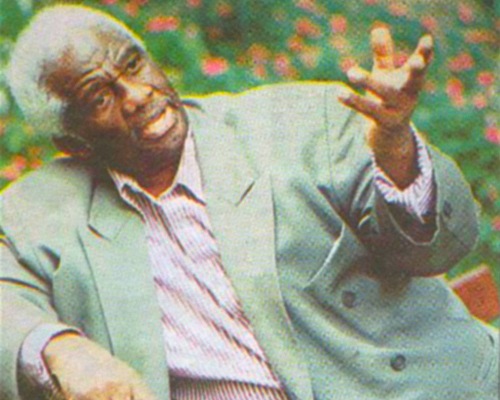 The festival will also pay homage to South Africa’s first National Poet Laureate and one of the symbols of isiZulu poetry, the late Professor Mazisi Kunene, who produced eight major works, in both English and isiZulu, including Emperor Shaka the Great, Anthem of the Decade and The Ancestors and the Sacred Mountain.

In acknowledgement of his scholarly work in the field of the intellectualisation of isiZulu, October 10 to 15 will be declared Mazisi Kunene Week; and in partnership with the Mazisi Kunene Foundation Trust, the Living Legends Trust, and the Department of Arts and Culture, the university will bestow the inaugural Mazisi Kunene Poetry Awards on Dr Don Mattera and iNyosi yeSilo BM Mdletshe.

The festival will also host workshops in schools, community arts centres, tertiary institutions and prisons in Durban and Pietermaritzburg. The evening programme will be at the Elizabeth Sneddon Theatre on the Howard College Campus of the UKZN in Durban.

The festival finale will be at the BAT Centre in the small craft harbour and UKZN’s School of Arts will also host different seminars during the course of the week.