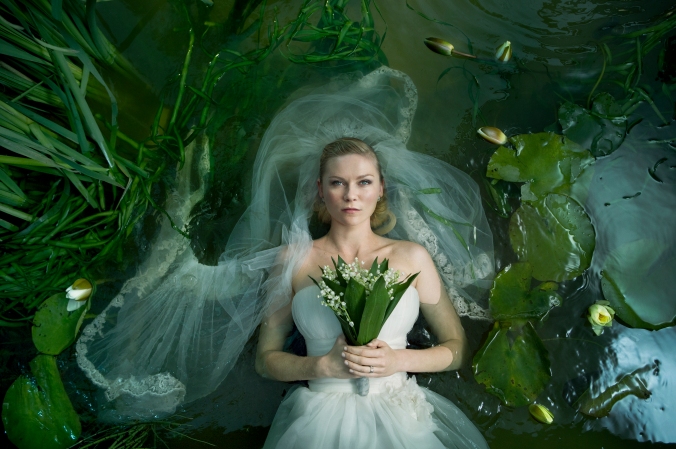 Lars von Trier’s Melancholia, will be the next and final screening for season two at FilmClub in Pietermaritzburg. Catch it at the Tatham Art Gallery in Chief Albert Luthuli Street at 7 pm on Tuesday, August 9.

This singularly striking and original film combines Von Trier’s signature use of hand-held camera with a series of majestic tableaux that evoke the world of opera. Watching it is sure to be a singularly absorbing and memorable experience.

Von Trier is often regarded as the enfant terrible of contemporary cinema, someone bent on shocking audiences in order to make a name for himself. But he is also far more than that, and Melancholia in particular stands out as both exhilarating and, in the end, deeply moving.

In this film Von Trier contemplates the destruction of the world – something that accelerating climate change has made all too conceivable.

It is not giving anything away to say that the film ends with the destruction of the planet Earth, since this is made explicit from its opening – a series of beautiful, dream-like images preceding Earth’s fatal collision with a much larger rogue planet named Melancholia, woven together by wonderful use of the Prelude from Wagner’s Tristan und Isolde.

The film is then divided into two halves, each named after one of two sisters, Justine and Claire. Justine – in a remarkable performance by the American actress Kirsten Dunst (pictured) – is a much sought-after but depressive advertising genius whose wedding reception at her sister’s country estate is reduced to shambles by her mental turmoil and resultant strange behaviour.

Paradoxically, her increasingly introverted and fatalistic outlook makes her much more able to deal with the coming Armageddon and to comfort her young nephew Leo than it is for Claire, her sensible, well-organised wedding-planning sister.

Entry is R35 per person and the Tatham Coffee shop will be offering a soup and bread supper from 6pm onwards (at a very reasonable R40 per person). Safe parking is available in the government parking lot next to the gallery.

FilmClub’s next season will begin on September 6.