Jeannie D will be trying her hand at stand-up comedy in the new show,’ Famous Last Words’, on Comedy Central. Photo: Supplied

They are all about to become stand-up comedians in Comedy Central’s new show Famous Last Words, which debuts on DStv channel 122 on Monday, August 14, at 9 pm. END_OF_DOCUMENT_TOKEN_TO_BE_REPLACED 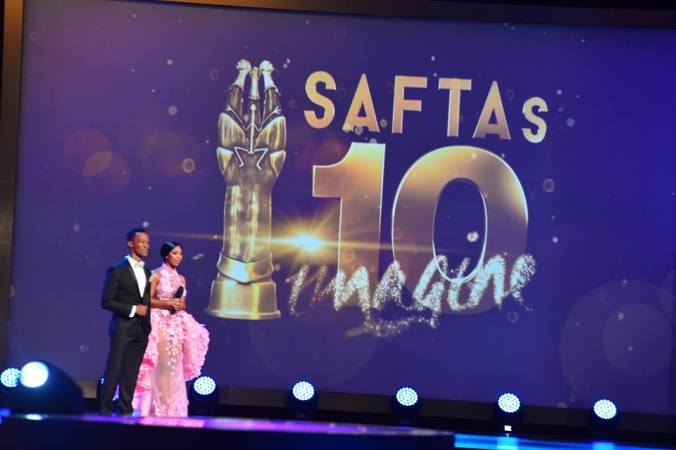 THE much lauded Afrikaans feature film, Dis, Ek Anna, took home thee Golden Horns at the 10th South African Film and Television Awards (Saftas) at the Gallagher Estate in Johannesburg at the weekend.

The critically acclaimed and award-nominated Lip Sync Battle, originally created for Spike, features celebrities going head-to-head, lip-syncing the song of their choice, battling for the coolest bragging rights on the planet.

Pearl will serve as all around host and master of ceremonies, while Koko Master and Oliver Twist star D’Banj will step up as the colour commentator, adding his lively observations to the proceedings.

THE National Film and Video Foundation has revealed the nominees for the 10th South African Film and Television Awards (SAFTAs). The winners will be revealed live at two star-studded ceremonies which will be held at Gallagher Estate on Friday, March 18 and Sunday, March 20.

The winner of Best TV Presenter Golden Horn for SAFTAs 2015 and presenter of Expresso Morning Show on SABC3, Katlego Maboe will serve as the SAFTAs 2016 host. END_OF_DOCUMENT_TOKEN_TO_BE_REPLACED