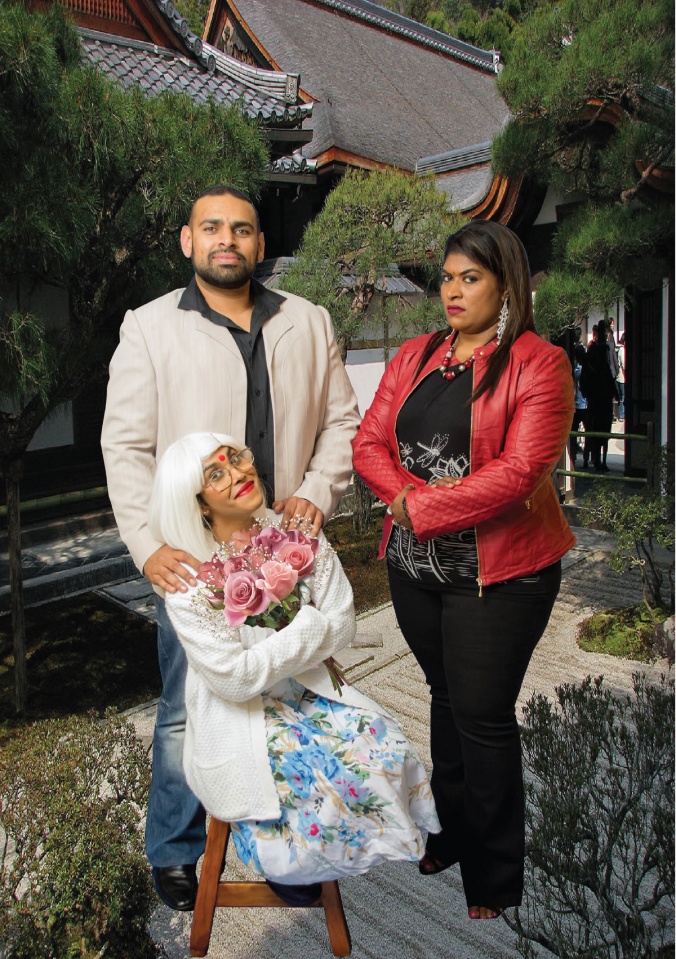 Three of the artists appearing in ‘The Bread, The Porridge and The Mix Masala’, pictured clockwise from back left: Thiru Reddy, Melanie Kisten and Bhavanie Kisten. Photo: Ryan B Photography

Join the Melanie Kisten Dance Academy as it celebrates 21 years in the entertainment industry with new comedy – The Bread, The Porridge and The Mix Masala. – at Sibaya Casino’s iZulu Theatre at 6 pm on Saturday, October 21 and 3 pm Sunday, October 22.

This theatrical fusion of comedy, dance and music is written, directed and produced by Melanie Kisten, who previously staged the hit production, Kambakht ISHQ.

“This new work is another twist with a different tale,” says Kisten. “And while it focuses on expressing the hardships of marriage, family and betrayal, it is laced with comedy that, in a whacky yet interesting way, is geared to leave audiences in stitches.”

The light-hearted story touches on a family’s feuds; as well as their corruption, gambling, drinking, terrifying mother-in-law, and an unfortunate death.

“Audiences can expect a rollercoaster ride of emotions, be enthralled by the high energy, and the emotionally charged dance sequences by the students of my dance academy,” says Kisten.

Tickets for The Bread, The Porridge and The Mix Masala, are R120 at Computicket.