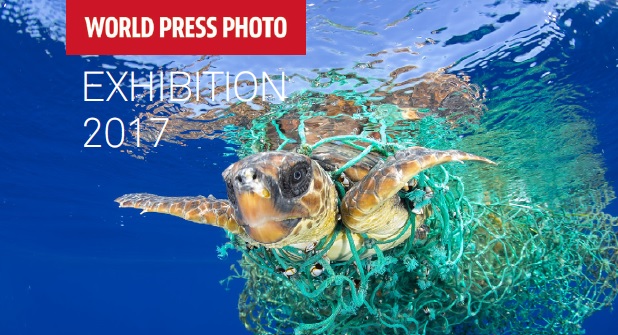 Africa Media Online has established a strong presence at the Hilton Arts Festival this year, hosting both the World Press Photo Exhibition 2017 and nine presentations by some of South Africa’s foremost documentary photographers and curators of significant archives, under the banner of DocuFest Africa.

DocuFest Africa is a visual storytelling festival, presenting to the public important African documentary projects and the curation of significant African archives.

“In our work at Africa Media Online of running a picture library and digitising historic collections we are often coming across collections and work that should be seen by a wide audience.

“DocuFest Africa provides the opportunity for that. The interface between those recording history (the media – photographers, filmmakers and journalists) and those who become the custodians of history (heritage professionals – archivists, museologists and librarians) we believe will inspire enduring documentary practice and is an interaction that the Festival seeks to facilitate,” says David Larsen, founder and managing director of Africa Media Online.

A ticket to the World Press Photo Exhibition includes entrance into any of the nine DocuFest Africa presentations which present the work of  leading South African photographers and curators.

The presentations will take a form of a talk and visual presentation of the work for 30 to 40 minutes by the photographer or curator and then there will be 20 minutes of interaction with the presenter. Please be aware that there are only 100 seats in the lecture theatre and entry will be on a first come first serve basis.

The contest is a massive undertaking and the not-for-profit World Press Photo Foundation is able to achieve this, every year, because it receives support from the Dutch Postcode Lottery and is sponsored worldwide by Canon.

Tickets will be sold on the landing of the staircase leading up to the Raymond Slater Library. Tickets can also be purchased ahead of the event online.  Cost: R120 for adults and R65 for children under 16 and pensioners with a pensioners card and
R40 for school groups of over 10 scholars.

For more information visit http://www.hiltonfestival.co.za/ or like the Facebook page, Hilton Arts Festival. All inquiries: 033 383 0126 / 7 or festival@hiltoncollege.com. Booking enquiries: tickets@hiltoncollege.com

The full Africa Media Online DocuFest programme can be viewed on http://media.africamediaonline.com/festivals/docufest-africa-2017/