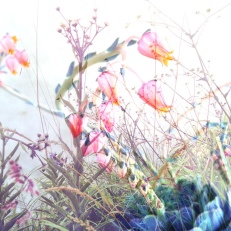 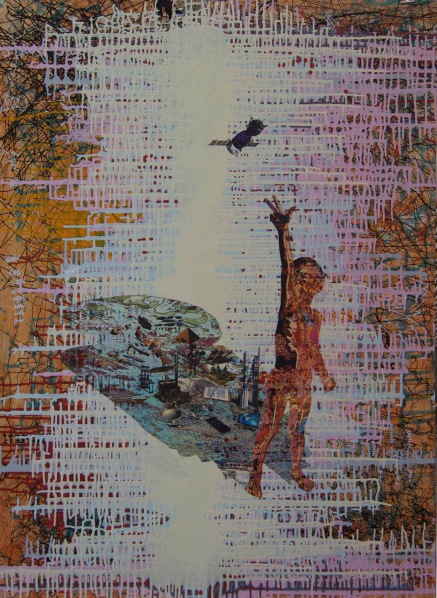 Opening at artSPACE Durban on Friday, May 5 at 6pm is the exhibition ‘Notion and Nature’, featuring works by Nicholas and Miranda Crooks. The exhibition will run until May 25.

Speaking about the exhibition, Nicholas says: “These two-dimensional artworks comment on the way today’s digital new media condition superimposes itself onto the technologies of a shadow baby boomer, or the pre-digital generations.

“Millennials have a perspective from the digital, a perspective of a generation growing up with the technology of keyboards, computers, cellphones instant access and an app for almost anything.

“The way communication has changed due to the introduction of the digital ripples through society. We need to be reminded that those of us from the 60s and before grew up without televisions, calculators, computers, cellphones, laptops, World Wide Web, Twitter, e-mails, Facebook, WhatsApp and the rest of new media technology.

“This chasm between analogue and digital remains a challenge, where the ideals and structures of the past are being challenged and replaced by a fuzzy logic of living and of Life. Where engaging in the process is more important than finding ‘the answer’.

“New media superimpose themselves on technologies of the past. The stone age replaced the iron age etc, etc, what is different, however, is that new technologies are now being introduced so rapidly that they are inter-generational. The actions of a generation is the reflection the technology of the day.

“With rapidly changing technologies all people from older technological pasts are having to accept and embrace new technologies during their lifetime. It’s a bit like having to trade in something that still sort of works for a so called better model. It’s not that the old does not work it is the adjustment to the new that enables contact between generations.”

Miranda meanwhile is using the exhibition to explore the idea of nature. Much like a cat gets excited by a flutter of wings, she is thrilled by an intrinsic primal hunter-gatherer desire to visually immerse herself in plant forms.

“The lines and shapes of plants are both exciting and captivating and I can only think that, like the smell of soil, this visual engagement produces endorphins that make us happy,” says Miranda.