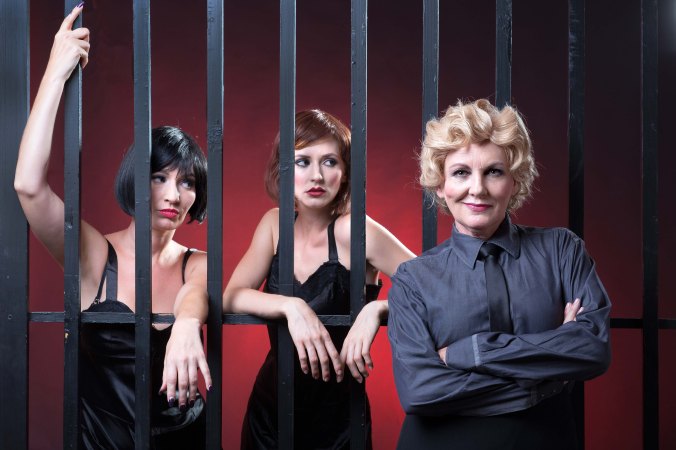 Some of Durban’s top musicians will be performing live for every performance of KickstArt’s high-kicking razzle-dazzle, Kander and Ebb musical, Chicago, which is at the University of KwaZulu-Natal’s Elizabeth Sneddon Theatre until April 30.

Featuring music by John Kander, lyrics by Fred Ebb, and book by Ebb and Bob Fosse, the DUrban production is directed by Steven Stead, designed by Greg King with lighting design by Tina le Roux.

“I count myself as extremely honoured to be the musical director of this production for many reasons:  it’s the second longest running show in Broadway history behind Phantom of the Opera; the film version won the Academy Award for best picture; its written and composed by musical theatre icons John Kander and Fred Ebb and  I am working with nine of Durban’s finest musicians!,” says Evan Roberts.

“The brilliance of the music in Chicago is evident not only in the several songs that are instantly recognisable to many (All That Jazz, Razzle Dazzle etc ) but also in the clever, although complex arrangements which take their inspiration mainly from 1920’s jazz, with elements of circus, opera, rag time and others.

“The music, storyline and character portrayal reflect themes we are accustomed to today: crime, sex, murder, alcohol and celebrity to reflect the human condition as perceived in the 1920’s, and….. You guessed it 2017!”

The team created 20 musicals – including Fosse and Kiss of the Spiderwoman. They also scored a number of movies including the theme song for Martin Scorsese’s New York, New York – a track which later became Frank Sinatra’s signature song, and the great Barbra Streisand, James Caan, Omar Sharif vehicle, Funny Lady.

Chicago centres on vaudevillian showgirl, Velma Kelly (Katy Moore) and housewife, Roxie Hart (Jessica Sole) two murderesses who find themselves in jail awaiting trial – fighting for the fame that will keep them from the gallows.

Book at Computicket. For enquiries for block bookings of 50 or more people please contact Ailsa Windsor of Going Places: editor.goingplacessa@gmail.com, or 083 250 2690.