Lynelle Kenned and the young actors and actresses playing the Von Trapp children in The Sound of Music at the Playhouse.

The Playhouse Company is set to delight theatre-goers in KwaZulu-Natal with its festive season staging of The Sound of Music, which opens in the magnificent Playhouse Opera Theatre on November 24 and runs until December 30.

This fresh, sparkling, new production will be directed by award-winning theatre director and actor, Ralph Lawson.

Featuring music by Richard Rodgers, lyrics by Oscar Hammerstein II, and book by Howard Lindsay and Russel Crouse, the classic musical is inspired by the true story The Trapp Family Singers by Maria Augusta Trapp.

Popular stage and television actor, Craig Urbani, will play Captain von Trapp, the Austrian naval captain who employs Maria Rainer to look after his children after the death of his wife.

Musical theatre audiences will remember Urbani well for his performance in the lead role in the smash hit The Buddy Holly Story in South Africa and on London’s West End.

After spending many years performing in Britain, Australia, Denmark, Singapore, New Zealand, France and Spain, he returned home in 2005 and has since featured in television’s Binnelanders, Isidingo, The Wild and many others.

He has also played other lead roles in theatrical productions locally and abroad, including The Rocky Horror Show, Thoroughly Modern Millie, Chicago, Grease, Fame, Annie and others. He has most recently performed in a one-man show called Morecambe for Pieter Toerien, as well as in eTV’s new series, Ashes to Ashes, and in Mzansi Magic’s It’s Complicated.

Craig won a Vita Award and a DALRO Award for his performances in Buddy and Hair in South Africa, was nominated for a Laurence Olivier Award in London’s West End, and won a SAFTA for his portrayal of Alec Mathews in SABC’s Isidingo. 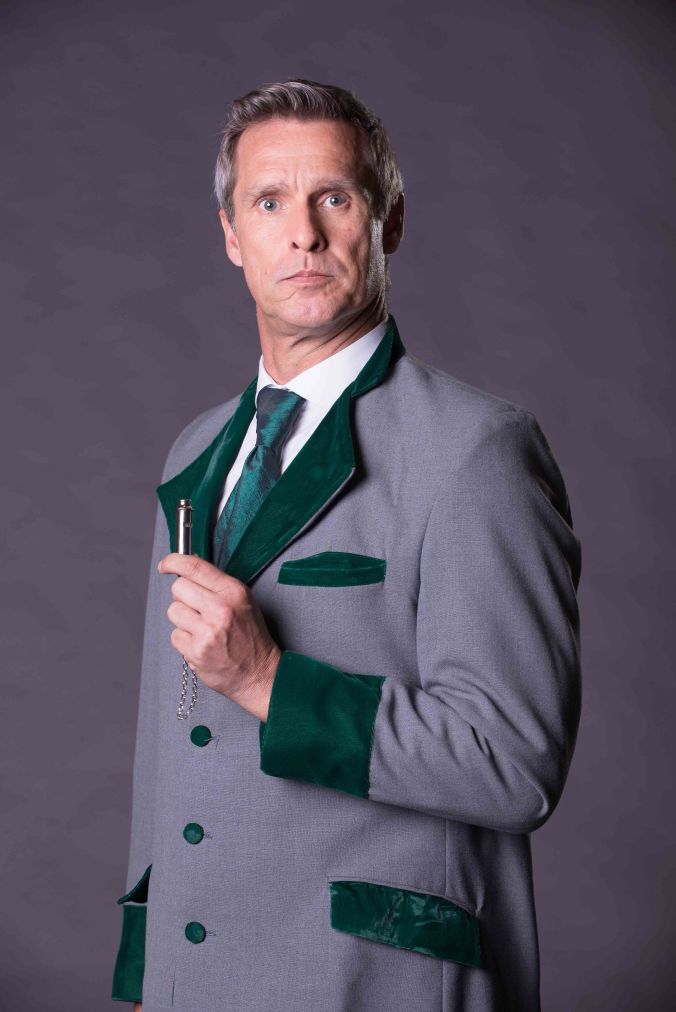 The young, musical and tomboyish Maria, who becomes a governess to Von Trapp’s seven children and brings a new love of life and music into the home, will be played by one of South Africa’s most dynamic and multi-talented entertainers, Lynelle Kenned.

Well-known to television viewers as runner-up in Top Billing’s presenter search and now as a presenter of Pasella, Kenned is a graduate of the University of Cape Town’s Opera School, and won the prestigious 2015 Fleur du Cap Award for best performance by a lead actress in a musical for her role as Maria in Artscape’s West Side Story, directed by Matthew Wild, as well as a Fleur du Cap nomination in the same year for her performance in Orpheus in Africa.

A current member of the South African Sopranos, Kenned is also well-known for around South Africa for not only her stage work, but also for her work as a voice-over artist, vocal coach, MC and motivational speaker.

The kindly, understanding Mother Abbess will be played by opera-trained singer, Arline Jaftha, who last impressed Durban audiences in The Playhouse Company’s Easter Concert in March.

Jaftha is the staff soloist of the Cape Town Opera Company, with whom she has thrilled audiences across the globe. Britain’s Telegraph newspaper raved about her performance in Porgy and Bess, describing her “heartfelt, big-voiced Serena” as “shattering”.

A highlight of her career was singing at the opening of the Wales Millennium Centre for the Queen of England. Other roles have included Gianetta in L’elisir d’amore, Fox in The Cunning Little Vixen and Frasquita in Carmen. 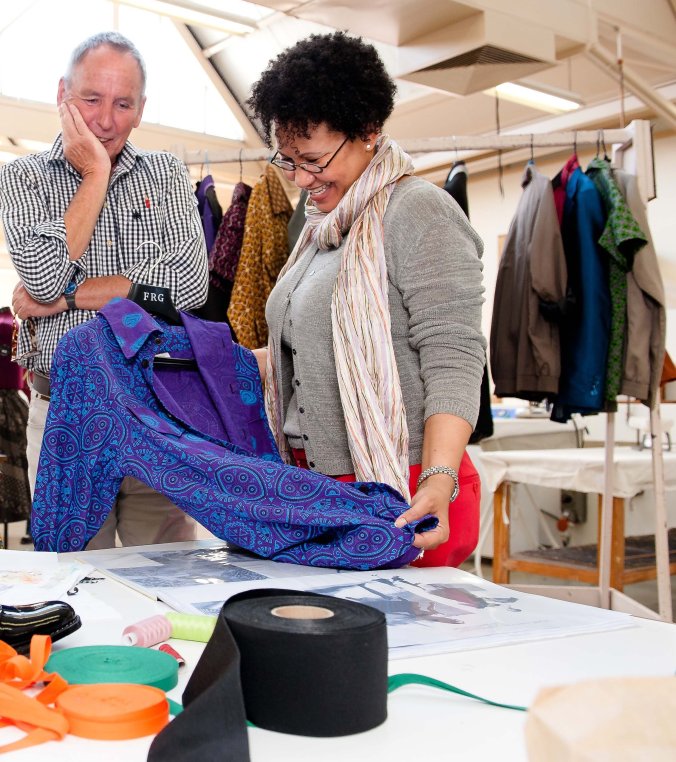 Photographs: Director Ralph Lawson and Playhouse Company CEO and Artistic Director Linda Bukhosini getting ready for The Sound of Music.

Two of KwaZulu-Natal’s most popular actors, Liesl Coppin and Frank Graham, will also appear in this much-loved family musical.

Liesl, who is set to play Baroness Elsa Schrader, is a multi-award winning actress and vocalist who has appeared in Oliver!, A Midsummer Night’s Dream, Othello, Glitter Girls, Richard Loring’s original cast of Girl Talk (Johannesburg, Cape Town, Pretoria and Malaysia), The Memory of Water, Crimes of the Heart, Winnie the Pooh, Noises Off, Robin Hood and the Babes of the Wood, Cabaret, Beauty and the Beast, Jack & the Beanstalk, Into the Woods, and Abnormal Loads.

Frank Graham will play loyal Von Trapp family friend, Max Detweiler. Frank has been involved in the entertainment world for nearly 50 years as an actor in radio, television, film and stage.

On stage he has appeared in a number of productions for The Playhouse Company, ranging from Shakespeare to pantomime, musical comedy to farce, and garnering him two theatre awards.

He also works as a comedian and MC, and for the last 45 years has worked highly successfully as a voice artist, recording hundreds of radio and TV spots and other voice-overs.

Adam, who has over 10 years of professional theatrical experience as well as three academic degrees, has pursued his acting career in many fields, from edu-tainment such as The Playhouse Company’s adaptation of When Rain Clouds Gather and their hit musical West Side Story, to Shakespeare’s Othello.

He has most recently been seen in Shrek! The Musical at the Lyric Theatre in Johannesburg, and appeared in the international movie release of the local film White Gold.

Thandulwazi Ncube will play the nun Sister Margaretta. The Durban soprano studied music in both South Africa and the United States, and has starred in Confessions of Zeno, The Magic Flute by Mozart, Bizet’s Carmen, Hansel and Gretel, Elisir d’amore, Handel’s Messiah, Nelson Mass and uShaka kasenzangakhona by Mzilikazi Khumalo.

Chantel Adendorff is Liesl, the eldest of the Von Trapp children, while her suitor, Rolf Gruber, will be played by Rory Booth. Michael Gritten has the role of Herr Zeller, a stern and unsmiling Nazi, while Brian Payne will play the role of the other Nazi.

Alternating in the roles of the other Von Trapp children will be Alex van Schalkwyk and Zach Coreia as Friedrich, Fazlyn Naidoo and Milla Di Paolo as Louisa, Swazi Thabethe and Sarah Sparks as Brigitta, Kyran Taylor and Ethan Abrahams as Kurt, Shweta Ramsaroop and Lara Wessels as Marta, and finally, Leah Laurenz and Leah Parry as Gretl.

Leagan Peffer, Julia Hosmer, Kristi-Leigh Gresse, Monde Marafana and Sandile Mkhize of The Playhouse Dance Residency/Phakama Dance Theatre will form part of the ensemble, with the rest made up of members of the Playhouse Actors Studio and Playhouse Chorale.