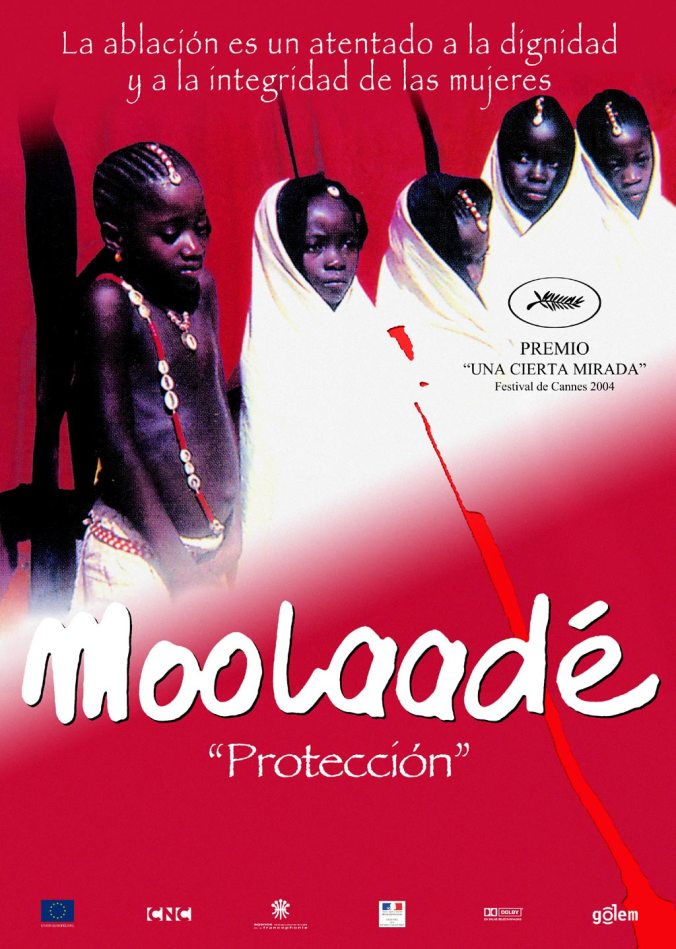 FILMCLUB will be screening Moolaadé,  directed by Sembène Ousmane, at the Tatham Art Gallery in Chief Albert Luthuli Street, Pietermaritzburg at 7pm on Tuesday, September 27.

Last season’s FilmClub programme featured the remarkable Djibril Diop Mambéty, so it is only fitting that this season should include a film by the other “father of African cinema”, Sembène Ousmane.

In a rural village in Burkina Faso four young girls run away from the ‘purification’ or circumcision ceremony and ask for protection from the feisty Collé, who is notorious for not having allowed her own daughter to be cut, as tradition demands.

Collé invokes the moolaadé, putting a cord across the entrance to her homestead, which signals that as long as the girls stay behind it, no-one can enter and remove them.  This brings her into conflict with the village patriarchy, her own husband, the fearsome women whose power comes from their control of the ceremony, and some of the ordinary village women who are simply reluctant to challenge tradition.

Sembène was 81 when he launched this rousing assault on the appalling practice of female genital mutilation, but his energy and commitment to tackling subjects of urgent importance to African communities have not flagged in the slightest.

This particular choice of subject-matter may sound grim, but Moolaadé is anything but: Sembène tackles a serious issue with humour and optimism, and his warm, colourful and engaging film affirms that women, if they work together, can be an irresistible force for change.

Tickets are R35 and the Tatham Coffee shop will be offering a soup and bread supper from 6pm onwards (at a very reasonable R40 per person). Safe parking is available in the government parking lot next to the gallery.