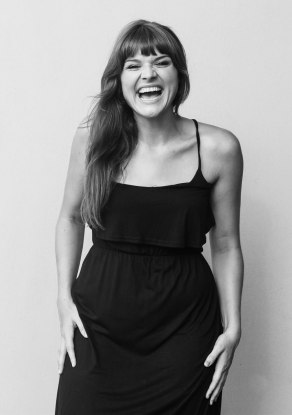 Rowan Stuart, Chloe Clark, Josh Hundermark and The Name On The Drum will be performing at Music in the Hills at The Knoll Guesthouse and Backpackers, Knoll Drive, Hilton from 7 pm on Wednesday, September 14. Tickets R20. Food and soft drinks available, BYOB.

Recalling Sting’s imaginative storytelling, Death Cab for Cutie’s sense of space and beauty, and John Mayer’s tight grooves, Rowan uses his notable prowess on the guitar as the foundation for his creativity.

His career came into full swing in 2014 with the release of his album Hidden Doors. He has since toured South Africa, and opened for some of the country’s biggest acts, including The Parlotones, Prime Circle, Matthew Mole and many others.

Durban-based singer, pianist and songwriter, Chloe Clark, garnered national attention in 2014 when she made it to the top 30 of Idols SA. You may also have seen Chloe singing backing vocals for Ronan Keating at the Star Light Pop Orchestra in 2015.

Chloe has upped her game since, completing her honours in vocal technique and jazz vocal performance at the end of last year and more recently wowing viewers of The Voice.

Josh Hundermark is a folk artist whose roots are deep in his Pietermaritzburg upbringing. His sound is both soothing and intense with an emotional transparency that aims to connect with each listener.

His influences include a variety of artists, both international and local, producing a unique sound and experience.

They play a mix of original alternative rock, punk and indie as well as a variety of covers. They range from a full electric sound, to simple acoustics. Influences include, Rise Against, Frightened Rabbit, Blink 182, and Kodaline. Their song writing is heavily influenced by current world issues, and changing things for the better.

Based in Hillcrest, they have played shows around KZN, including The Red Door (PMB), The Winston Pub (DBN), The Rock music bistro (Umzumbe), Roseway Waldorf’s Musical Moonlight Market and Organic Market, Monteseel Music Fest, Outland Festival open mic 2016, and The Rocking Rooster as well as other venues.

Musicians who wish to play please Bill Pocket on 076 684 7647 or bpocket@amberridgekzn.co.za. Performers plus one partner get in free.