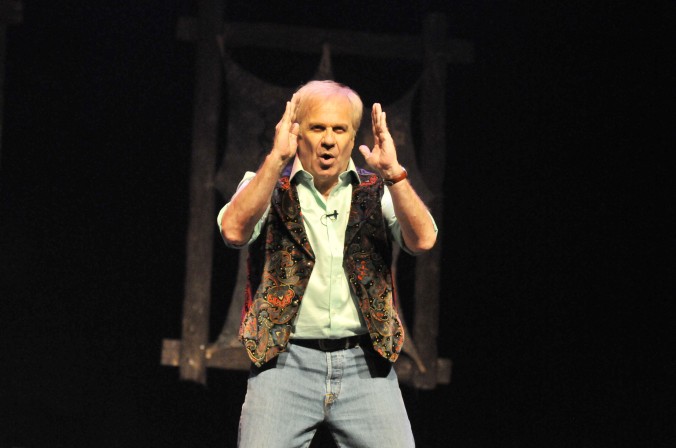 Tim Plewman will be staging his one-man show, Defending the Caveman, at the Elizabeth Sneddon Theatre at the University of KwaZulu-Natal Howard College campus until July 17.

By public demand, Plewman once again dons the Caveman’s skins and steps onto stage to add to his record breaking slew of sold out performances of the longest-running and most successful solo comedy in South African theatre history.

The Broadway production still holds the record of the longest running non- musical solo comedy of all time. What more can be said about this wonderful show that so humorously exposes the hunter and gatherer in us all and has played to over a million people?

Penned by Rob Becker, Plewman adapted the script for Southern Africa and went on to win the Vita Award for Best Actor in a Comedy.

Updated, upgraded and totally uploadable to today’s world of tweets, selfies and six million Facebook friends, this production is still a hilarious, affectionate and insightful comedy that explains why men and women see the world so differently, and will have you looking at your partner with new eyes.

After years of hearing that all men are assholes, the Caveman once again stands up to be counted. And being a troglodyte, standing upright is not an easy thing to do.

Tim is one of the most sought after actors in SA, equally at home in drama or comedy. He is an actor, dancer, writer, humourist, director and producer.

Since his first leading role in 1978, Tim his remained at the very top of the acting world for over 30 years starring in plays, musicals and TV shows. He has won five best actor/best director awards, has written two books and a half dozen plays and TV specials.

Tickets can be booked at Computicket.