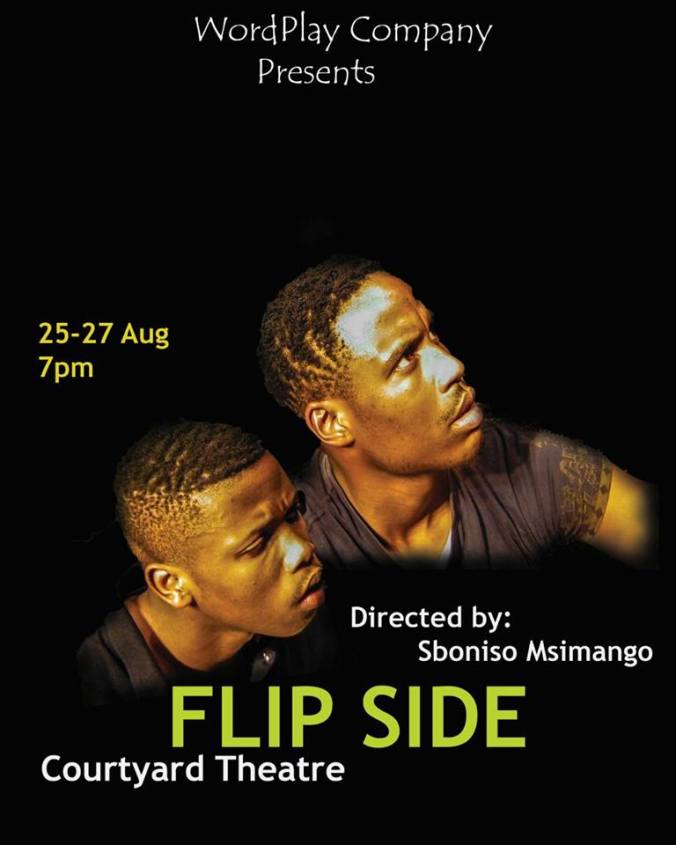 LIFE on the streets of Durban comes under the spotlight in Flip Side, a new play being staged by the WordPlay Company, at the Courtyard Theatre at Durban University of Technology Steve Biko campus in Durban at 7 pm from August 25 to 27.

Flip Side tells the story of Hamly (played by Sboniso Msimango) and James (played by Wanda Zuma), a pair of lively street beggars, who have to face the harsh conditions of living on the streets while trying to maintain the people they are inside.

Hamly is a conflicted young man who made a promise to his late father to “finish his business” and James is the person that helps him survive in the streets and, as it turns out, is the reason why Hamly is on the streets as well.

Says Nqobile Mthembu, of WordPlay: “This is a riveting story about will and fate. It is about Hamly’s subconscious and the fight and struggle for survival – both physical and mental.

“On the streets James acts as Hamly’s protector and provider, but things change as he discovers something detrimental to their friendship.

“Hamly’s father, who carries a strong presence in the production, appears to him and speaks to him in a language that is only understood by Hamly and continuously urges him to complete his duties.

“Internal conflict, masculinity, survival in uncomfortable places, fate and revenge are some of the major themes in Flip Side.”

Also appearing in the play, written and directed by Msimango, are Gcina Mavuso who plays the father, Mfundi Ndwalane as the musician and Celeste Mpanza and Ayanda Nxumalo as the vocalists.