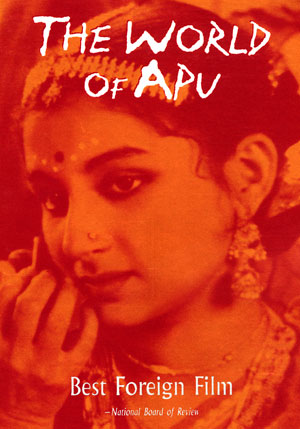 FilmClub is screening The World of Apu, the last and possibly the best of Satyajit Ray’s famous Apu trilogy, at 7 pm on Tuesday, June 28 at the Tatham Art Gallery in Chief Albert Luthuli Street, Pietermaritzburg.

The film follows the changing fortunes of Apu, now a penniless but passionate young man, living in a one-room Kolkata flat and dreaming of becoming a writer.

Youthful enthusiasm for the future and the euphoria of young love in an unexpected early marriage are cut short when tragedy strikes and the young protagonist enters the most difficult period of his life.

In this acutely tender yet understated completion of the trilogy, Apu is forced to confront the despair of bereavement and to rediscover meaning in his life.

Against the backdrop of everyday life in India, and with gentle humour and great sensitivity, Ray brings his trilogy to a conclusion with an unforgettable affirmation of life.

The great Japanese director Akira Kurosawa once said: “Not to have seen the cinema of Satyajit Ray means existing in the world without seeing the sun or the moon.” If this is true then it is particularly so for Apu Sansar/The World of Apu, the film most viewers regard as the best in the trilogy.

As usual, entry is R35 per person and The Tatham Coffee shop will be offering a soup and bread supper from 6 pm onwards (at a very reasonable R40 per person). Safe parking will be available in the government parking lot next to the gallery.