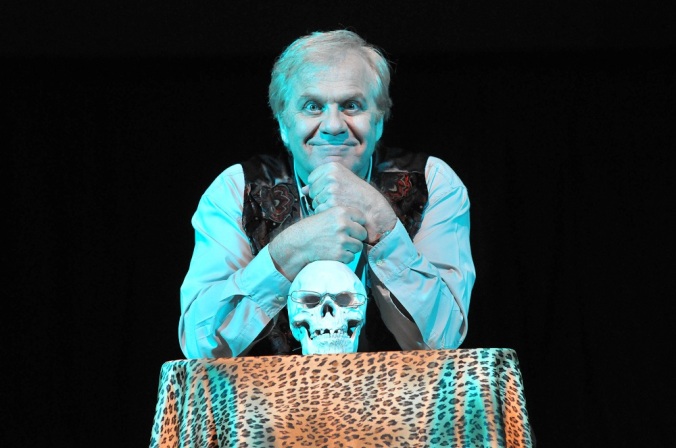 Tim Plewman in Defending the Caveman.

The original Defending the Caveman is coming to Cape Town this June. Showing at The Baxter Theatre from June 14 to 25, Tim Plewman will have audiences in stitches with his revered comedy classic.

Considered one of the best solo comedies in the country, Defending the Caveman picks apart relationships with laugh-a-minute quips and everyday realities. You will find yourself laughing one moment and digging your partner in their ribs the next, because of the truth of the comments.

Plewman’s way of managing to ‘capture’ his audience in his hands is palpable. While this tongue-in-cheek play looks at relationships, attempting to unravel the twists and turns of the double helix in men’s complex ‘dance’ with women, Plewman gives his all, every minute of every performance.

And if you’re travelling down to the Grahamstown National Arts Festival be sure to catch his world-premiere comedic offering Gym & Tonic: The Memory of Old Muscle inspired by Plewman’s book Fitness for Old Farts, and starring acclaimed actors Paul Ditchfield, Russel Savadier and Tim Plewman. The play will show at the Thomas Pringle Hall from June 30 to July 4.

Book for Defending the Caveman at The Baxter Theatre at Computicket or at the theatre.