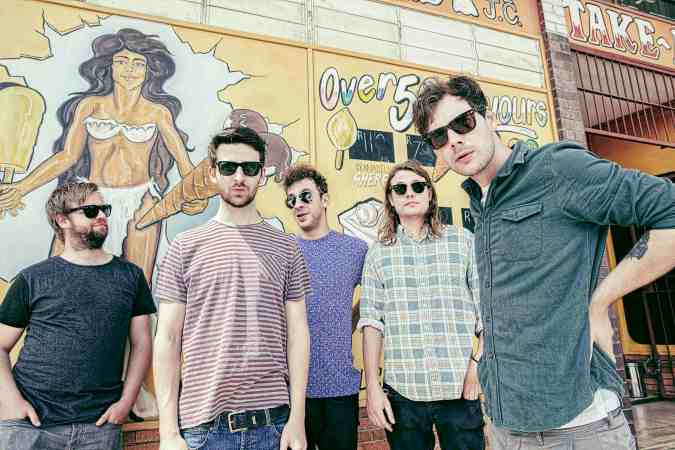 Shortstraw will be performing at the Royal Show in Pietermaritzburg on May 28. Photo: Hanro Havenga

Indie-rockers, Shortstraw, are heading to Pietermaritzburg this weekend to perform at the Royal Show. ESTELLE SINKINS spoke to lead vocalist, Alastair Thomas, during a break from a series of successful gigs in London and Amsterdam.

WHEN Shortstraw hit the stage on Saturday, May 28, they will be able to tick another classic South African event – the Royal Rock Concert – off their to-do list.

Although they have previously performed in KwaZulu-Natal, the band has never played at the Royal Show before and Alastair Thomas told me they can’t wait to entertain fans with their catchy tunes.

They are also looking forward to performing alongside Jeremy Loops, Majozi and The Kickstands. It’s the first time all four acts will be on the same billing.

Shortstraw started jamming in 2007 as a two-piece drums/guitar band, made up of Thomas (lead vocals and guitar) and Oliver Nathan (drums and backing vocals). Friends since high school, the pair started gigging, officially, in 2008.

Since then there have been a number of changes. Jason Hartford (guitar and keyboard) joined the band in 2008 and Phil Brierley (bass) in 2009. In 2011, Hartford and Brierley left and were replaced by Gad De Combes (keyboard and backing vocals), Tom Revington (lead guitar) and Russell Grant (bass). Jake Rubinstein replaced Nathan on drums in June 2013 to complete the current line-up

Shortstraw’s debut EP, We Slept Through it All was released in 2008, followed by the album, You’re Underfed I’m Wonderful, in 2011. It was, however, the release of Good Morning, Sunshine in 2013 that saw the band going from well-kept indie secret to an outfit capable of conquering mainstream radio – thanks to their catchy singles Good Morning Sunshine, Couch Potato and Bikini Weather.

They cemented their status as one of the country’s best with the South African Music Award-nominated Youthless. The album debuted at number one on the South African iTunes chart when it was released last year. “We are very proud of this album,” Thomas said.

With gigs in Brighton and London under their belt and another in Amsterdam on May 25, Shortstraw is keen to do more touring overseas, funding permitting.

“It’s been great,” Thomas said, “but very expensive. We’re hoping to be invited back with a budget so we don’t have to eat donor kebabs every night.”

Asked what he thought of the news that the SABC is planning to play 90 percent local content on its radio stations, the band’s frontman said: “It’s going to have a huge impact. Bands are going to start seeing more money from royalties, which will hopefully allow them to sink more money into production and recording, ultimately resulting in a higher calibre of music.

“It will also introduce the mainstream public to more bands, which should result in more people attending live shows which will also have an impact on how these bands survive. Either that or it means people are going to stop listening to the radio ‘cos there isn’t enough Avicii and then we’re all screwed.”

As for what they are planning to do for the rest of 2016, fans will be delighted to hear that Shortstraw are working on a new album. “We also have a little doccie in the works and are heading back to Japan in October. Should be fun!,” said Thomas.

Entry to the Royal Show, which takes place at the Royal Showgrounds in Pietermaritzburg from May 27 to June 5, is R60 for adults and R40 for children under 12 and pensioners. Entry is R40 for everyone on Wednesday, June 1.