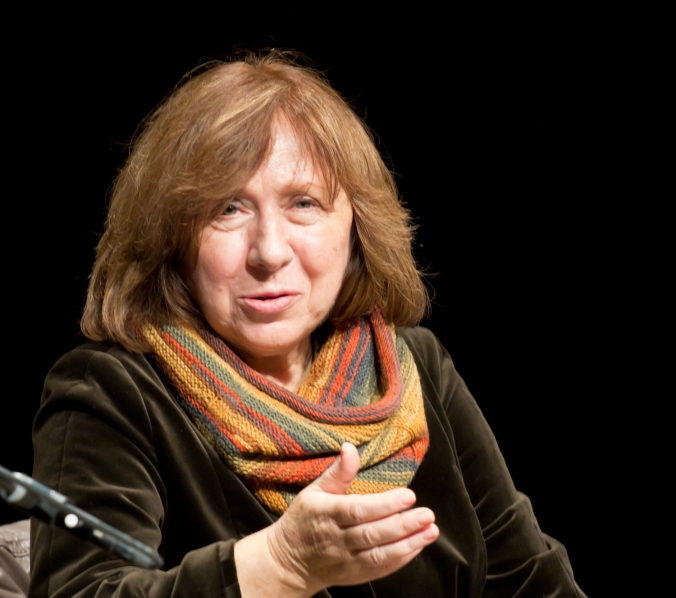 Svetlana Alexievich won the Nobel Prize for Literature in 2015, with the Swedish Academy citing her for inventing “a new kind of literary genre,” and describing her work as “a history of emotions … a history of the soul.”

The same translation from the Russian of Second-Hand Time will be published in the United Kingdom, the United States and Australia simultaneously – the originating publisher is Fitzcarraldo Editions, London.

Second-Hand Time is a monument to the collapse of the USSR, charting the decline of Soviet culture and speculating on what will rise from the ashes of Communism.

As in all her books, Alexievich gives voice to women and men whose stories are lost in the official narratives of nation-states, creating a powerful alternative history from the personal and private stories of individuals.

On her writing method, she says: “I don’t ask people about socialism, I ask about love, jealousy, childhood, old age. Music, dances, hairstyles. The myriad sundry details of a vanished way of life … It never ceases to amaze me how interesting ordinary, everyday life is. There are an endless number of human truths … I am fascinated by people.”

From this fascination emerges a hugely important and deeply moving portrait of post-Soviet society. In a nation that likewise grapples with making sense of scattershot historical experience, Alexievich’s portraits may make the South African reader draw unexpected and uncomfortable parallels between Russia post-1990 and South Africa post-1994.

The Jonathan Ball edition of Second-Hand Time features an introduction to the Nobel Prize winner’s work by acclaimed writer Mark Gevisser, who will contextualise the importance of Alexievich’s writing for a South African reader.

Margie Orford, president of PEN South Africa, calls the books “riveting, harrowing and extraordinary beautiful” and according to JM Coetzee, “Svetlana Alexievich orchestrates a rich symphony of Russian voices telling their stories of love and death, joy and sorrow, as they try to make sense of the twentieth century.”