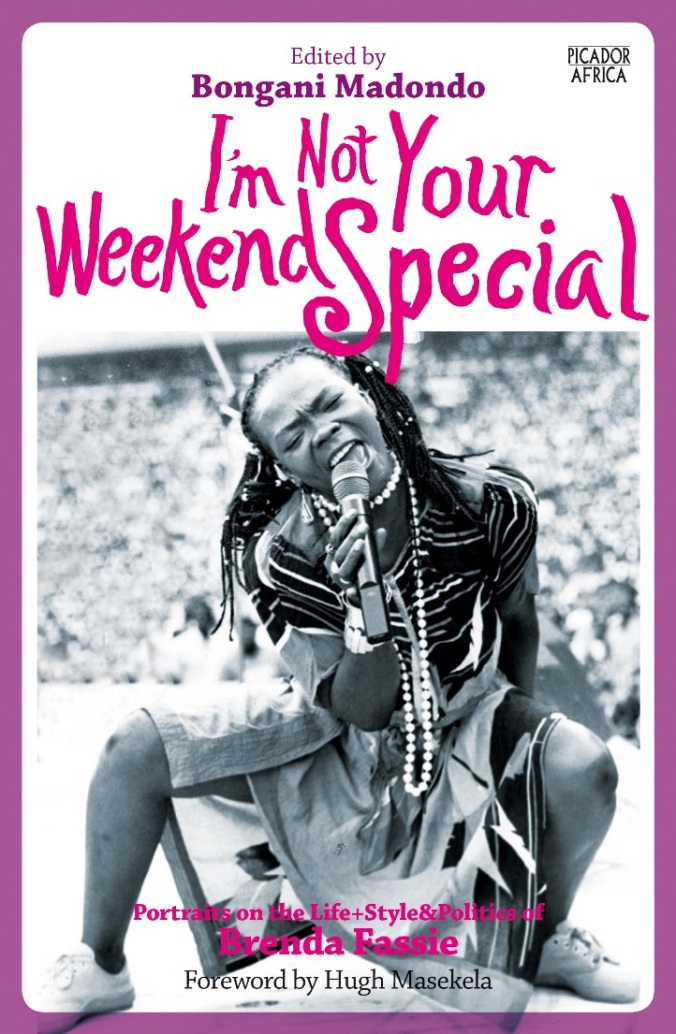 THERE will be a book reading and discussion of I’m Not Your Weekend Special: Portraits on the life, style and politics of Brenda Fassie, edited by Bongani Madondo, at the Newtown Junction Mall at 6.30 pm on May 5.

Editor Bongani Madondo will be reading from the book and interviewing contributors and other friends of MaBrrr.

Come and hear stories from those who knew and loved her and share a glass of wine and great music at the first of our Newtown Junction Literary Evenings.

‘Like Miles Davis, Louis Armstrong and Miriam Makeba, Brenda’s music will always be in our lives. We will smile when we think of her. South Africa will never be the same without her.’ – From the Foreword by Hugh Masekela.

The book will be available for sale at the event.

This is a fascinating collection on the life and times of Brenda Fassie, which includes a Foreword by Hugh Masekela and contributions from people who knew Brenda in both professional and personal capacities. It is being published in the year of the tenth anniversary of her death and is intended as both a tribute and to give fresh insight into Africa’s biggest pop star.

Funny, crazy, poignant, insightful and tragic, I’m Not Your Weekend Special traces the highs and lows of Brenda Fassie’s life, celebrating the significance of this South African icon.

Bongani Madondo was a senior writer at Rolling Stone magazine as resident rock critic. Madondo has written non-fiction pieces for numerous publications in South Africa, the United Kingdom and the United States. He also co-wrote the musical revue, Ma-Brrr: A Life.

In 2009 his first book Hot Type: Icons, Artists &God-Figurines (Picador Africa) was the African recipient of the National Endowment for the Arts, making him a Fellow at the Katzen Centre of the Arts, at the American University, Washington DC.

In 2016 he is releasing Sigh the Beloved Country: Braai Talk, Rock-N-Roll and Other Stories.