Julia Donaldson with her most famous creation, The Gruffalo. Photo credit: Alex Rumford

JULIA Donaldson was Britain’s Children’s Laureate from 2011 to 2013, but the author of more than 100 books didn’t start out writing children’s stories. ESTELLE SINKINS spoke to her during her recent visit to South Africa.

Born in 1948, Donaldson grew up in London and studied drama and French at Bristol University. After working for a few years in publishing and as a teacher, Donaldson wrote and performed songs and did street theatre with her husband Malcolm. During this time she also wrote and directed two musicals for children and wrote songs for children’s television.

Things changed in 1993 when one of her songs, A Squash and a Squeeze, was made into a book. It signalled the beginning of a writing career which has seen her produce the award-winning rhyming stories The Gruffalo, Room on the Broom and The Snail and the Whale, all illustrated by Axel Scheffler. They are among Britain’s best-selling picture books.

Asked how important illustrators were to her and her work, Donaldson said: “Illustrations are very important; they are melded with the text.

“When children can’t read for themselves, their parents or carers are often focused on the text when they read to them, but children notice things in pictures every time they are read to. An illustrator’s pictures develop a child’s power of observation.”

The Gruffalo by Julia Donaldson, illustrated by Axel Scheffler.

Three of Donaldson’s books have also been turned into animated films: The Gruffalo, The Gruffalo’s Child and Room on a Broom. And Cape Town-based Triggerfish Animation Studios are currently making a film of her book Stickman, a heartwarming holiday story about a Stickman who is carried off by a dog and finds himself lost and desperate to be home in time for Christmas.

Asked if she had any say in the filming process, the author said she was continuously consulted along the way and any comments she made were given back to the director.

“I really cannot fault the companies who have done the films. The first ones were done in Germany and then Magic Light in London chose Triggerfish to do Stickman,” Donaldson said. “When we visited the Triggerfish studios [as part of her recent tour of South Africa] it was a real eye opener for me to see how they create the characters in 3D on screen. 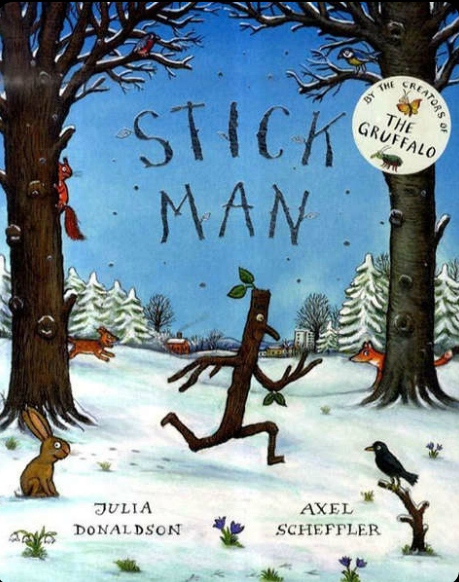 “While we were there we acted out the story and sang a few Stickman songs. It was so heartwarming because everyone there joined in every single line and sang every single word.”

As a writer, Donaldson is passionate about getting children to read books and believes libraries and the role they play in the communities they serve are the key to getting youngsters to do that. During her stint as Children’s Laureate she made protecting and saving libraries in Britain a priority.

“The closure of libraries in the United Kingdom is a reality,” she said. “Approximately 100 libraries have closed in the last year and an awful lot of libraries are now being run by volunteers.

“That is not a bad thing, but the problem is that those volunteers might not be available all the time. As an interim measure it’s ok but if money is made available by government then professionals should take over. 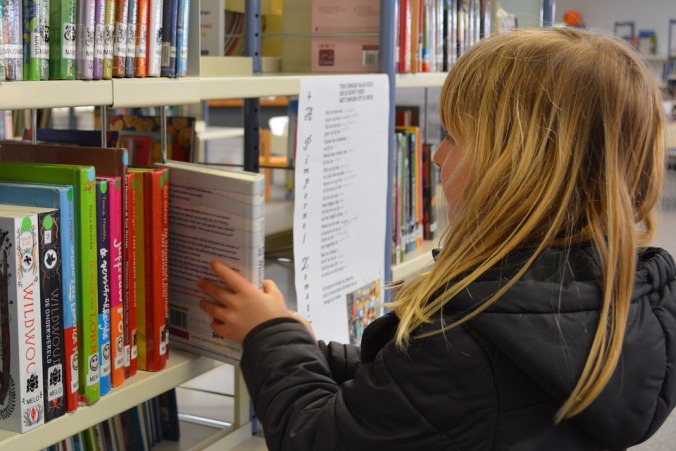 Julia Donaldson is passionate about protecting and saving libraries in Britain.

“I personally think that shutting libraries is very short-sighted. Libraries are very important places, not just to encourage reading and as a place to get books, but for things like rhyme time sessions for very small children.

“And in poor areas in London, librarians play an important role; they can help children to do homework and research for homework.

“I would like to see schools taking kids to libraries and getting them a library ticket, because it’s often children who bring home library books that introduce books into their homes. I really believe schools can nurture a love of books.

“Reading stimulates the imagination and books just make people so much more broad-minded. They make you more understanding of other people and cultures.

“And, when you are in a library you can choose from many books and that’s how you find out what kinds of books you like and that in turn can encourage people to go out and buy books.”

Room on A Broom by Julia Donaldson, illustrated by Axel Scheffler.

Having written more than a hundred books for children it’s almost impossible for Donaldson to pick a favourite, but she admits to enjoying writing the Princess Mirror-Belle stories, illustrated by Lydia Monks, which centre on the badly-behaved reflection of a well-behaved girl. Asked why, she says: “Mirror-belle is quite audacious and that allowed me to tap onto a slightly malevolent side of myself.”

Donaldson, who divides her time between Scotland and West Sussex where she lives with her husband, Malcolm, still loves performing on stage and during her recent SA tour she and Malcolm did shows at the Baxter Theatre and the Linder Auditorium, performing items from The Gruffalo, Squish and Squeeze and What the Ladybird Did Next. 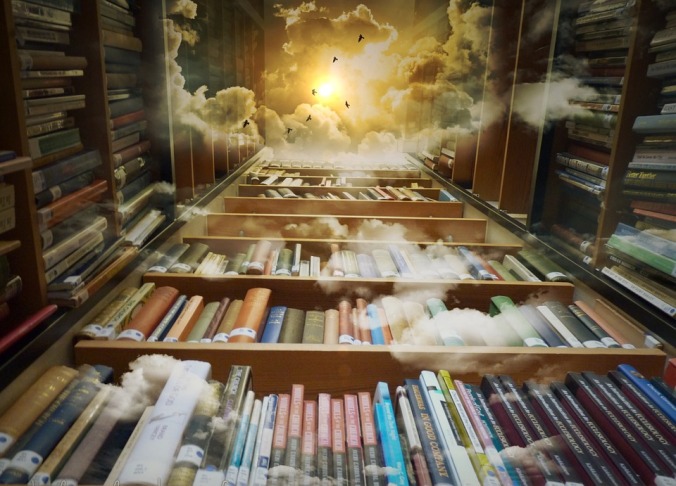 Julia Donaldson’s love for books and their importance in developing imagination and an interest in other people and cultures is illustrated in this poem.

I opened a book and in I strode.
Now nobody can find me.
I’ve left my chair, my house, my road,
My town and my world behind me.
I’m wearing the cloak, I’ve slipped on the ring,
I’ve swallowed the magic potion.
I’ve fought with a dragon, dined with a king
And dived in a bottomless ocean.
I opened a book and made some friends.
I shared their tears and laughter
And followed their road with its bumps and bends
To the happily ever after.
I finished my book and out I came.
The cloak can no longer hide me.
My chair and my house are just the same,
But I have a book inside me.
And here is my Libraries poem:
Everyone is welcome to walk through the door.
It really doesn’t matter if you’re rich or poor.
There are books in boxes and books on shelves.
They’re free for you to borrow, so help yourselves.
Come and meet your heroes, old and new,
From William the Conqueror to Winnie the Pooh.
You can look into the Mirror or read The Times,
Or bring along a toddler to chant some rhymes.
The librarian’s a friend who loves to lend,
So see if there’s a book that she can recommend.
Read that book, and if you’re bitten
You can borrow all the other ones the author’s written.
Are you into battles or biography?
Are you keen on gerbils or geography?
Gardening or ghosts? Sharks or science fiction?
There’s something here for everyone, whatever your addiction.
There are students revising, deep in concentration,
And schoolkids doing projects, finding inspiration.
Over in the corner there’s a table with seating,
So come along and join in the Book Club meeting.
Yes, come to the library! Browse and borrow,
And help make sure it’ll still be here tomorrow.