The two comedians are joining Comedy Central (DStv channel 122) on the channel’s annual pilgrimage to Canada where they’ll be showcasing South African comedy at the world famous event. END_OF_DOCUMENT_TOKEN_TO_BE_REPLACED 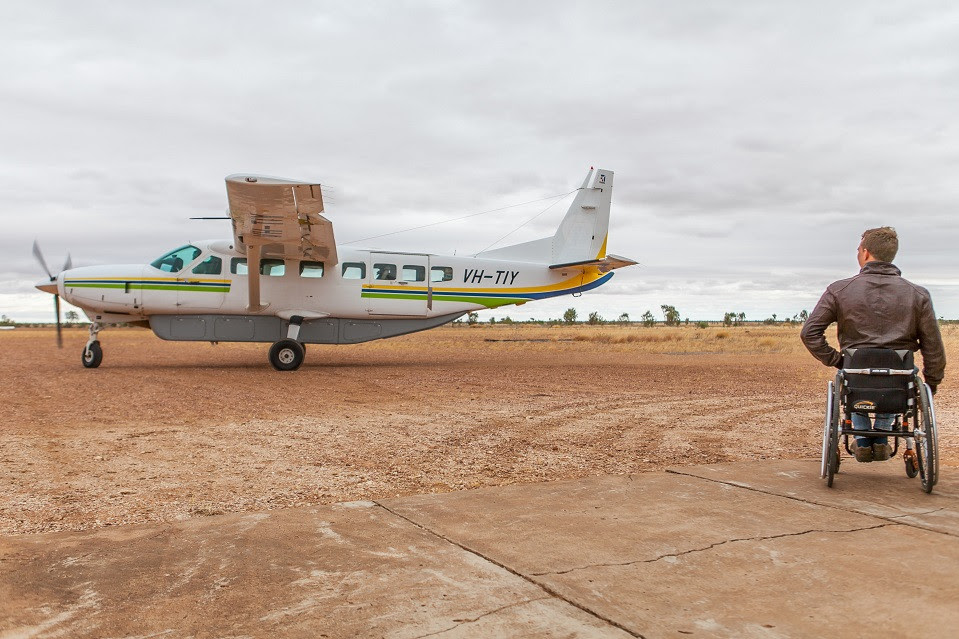 New to BBC Earth (DStv channel 184) in South Africa is the documentary series, Flying to the Ends of the Earth, which airs from 7.30 pm on Tuesday, July 19.

In the show, Arthur Williams flies to some of the most remote and spectacular parts of the world to find out how people thrive in areas that can only be reached by aeroplane. END_OF_DOCUMENT_TOKEN_TO_BE_REPLACED

THE second annual Zakifo Musik Festival, Durban features one of the most eclectic, multi-genre music line-ups ever gathered together in one festival programme.

Music-makers from France, Reunion, Mozambique, the United States, Mali, Ghana, New Zealand, Australia, Canada and South Africa will be performing at he old Natal Command opposite Battery Beach, May 27 and 28. END_OF_DOCUMENT_TOKEN_TO_BE_REPLACED

The popularity of Grahamstown’s National Arts Festival has been reaffirmed with the release of this year’s attendance figures, which show a “significant” increase in attendance in 2015. This increase comes despite expectations that attendance might flatten after last year’s bumper 40th birthday programme. END_OF_DOCUMENT_TOKEN_TO_BE_REPLACED

Athol Fugard’s vibrant play Nongogo, directed by the Market Theatre’s award winning Artistic Director, James Ngcobo is in the running for a prestigious award in Canada.

The play has been nominated in the 36th Annual Dora Mavor Moore Awards, organised by the Toronto Alliance for the Performing Arts. The winners will be announced on Monday, June 22, with Nongogo nominated in the category of outstanding touring production after wowing audiences in at the Canadian Stage in Toronto earlier this year.

The powerful Fugard play is set in a township shebeen in the turbulent 1950s. The shebeen queen falls for a travelling salesman who works past her protective shell, and past the protection of her burly bouncer, to lure her into sharing long-buried secrets. The Market Theatre production pulsed with the raw power of the setting and tension in the lives of the characters, all dreaming of a better life.

Nongogo played in Toronto under a project run by the National Arts Council of South Africa (NAC) and the Canadian Stage in Toronto. It featured acclaimed actor Desmond Dube, who earned a Naledi Award as the best supporting actor for his performance. Sharing the limelight were Hamilton Dhlamini, Nat Ramabulana, Masasa Mbangeni and Pakamisa Zwedala.

The Dora Mavor Moore Awards were launched in 1978 to recognise outstanding achievements in Toronto theatre. They span 48 categories with the winners chosen by a jury of professionals from the performing arts community.

“It is such an honour for us to receive this nomination, having presented Nongogo at the Canadian Stage. This recognition reminds us that we are on the right track and that the world is open to engaging with our stories, and continues to support and appreciate the work of the Market Theatre. Thank you to Canadian Stage and the NAC for enabling this presentation to happen,’’ said Annabell Lebethe, Market Theatre CEO.