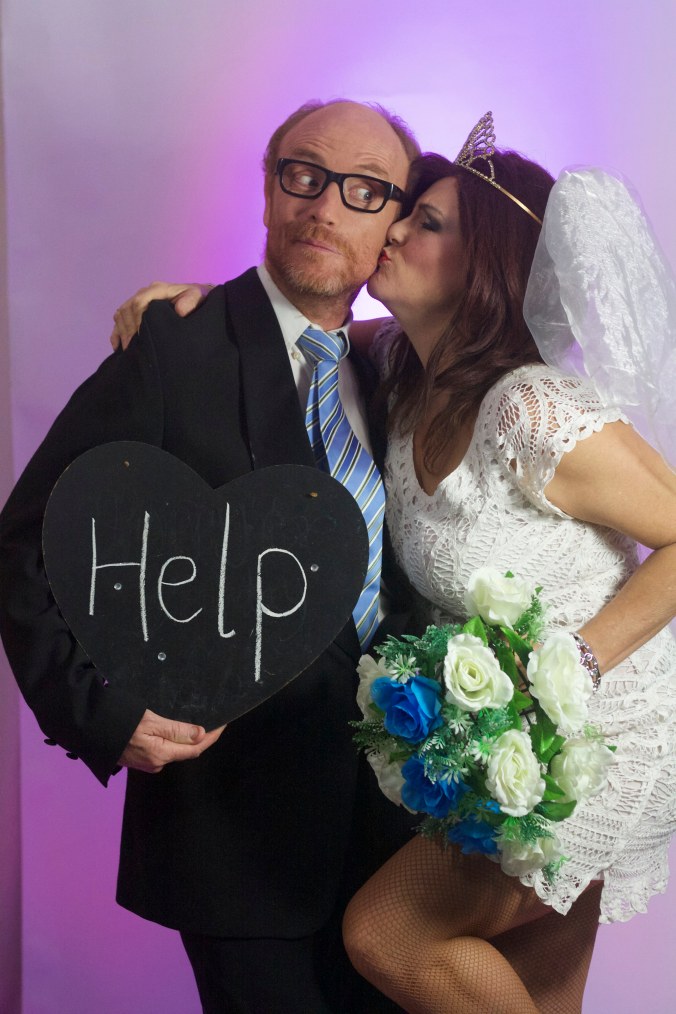 Aaron McIlroy and Lisa Bobbert star in ‘Marriage for Dummies’, a new comedy being staged in Pietermaritzburg to raise money for Awesome SA. PHOTO: supplied

MARRIAGE for Dummies, a new comedy, which explores the ups and downs of married life, is being staged in Pietermaritzburg to raise money for Awesome SA.

Launched in 2007 by Derryn Campbell and Di Smith, the charity launches and incubates non-profit organisations, giving them support to create change in South Africa.

Says Smith: “We believe in the future of this country and we work to support those who share this belief.

“We see the challenges that South Africa faces, but we know that the change-makers are greater still… and they need all the support they can get.”

Speaking about the show, which was staged at the National Arts Festival in Grahamstown in July, McIlroy said it was designed to keep audiences entertained with comedy and music, while offering an interesting insight in how to make marriage last.

He added: “Marriage has always been the inspiration for countless jokes, witty sayings and even more appropriately — murder mysteries.

“Everyone knows that marriage is more than a relationship between two people — it’s one of life’s wildest adventures. Navigating the ups and downs, stresses and strains of married life takes elbow grease, planning and HELP!”

In their review, Grahamstown’s Cue Online said of the show: “This dynamic duo never disappoints. If you are in need of a good laugh and a relaxed evening out, this is the show to watch.”

There will be two performances of Marriage for Dummies at 7.30 pm on Thursday, September 14 and Friday, September 15 at the All Saints United Church, 73 Montgomery Drive, Pietermaritzburg.

Tickets are R150 at http://www.webtickets.co.za

Money raised from the charity performances will help Awesome SA to support several of its key social initiatives, including:

If you would like to get involved with Awesome SA, please email Nikita at nikita@awesomesa.co.za or phone 076 584 5817.