GROWING up listening to the sounds of South African music legends and the American jazz greats encouraged Sibusiso “Mash” Mashiloane to embark on a music career, writes ESTELLE SINKINS.

“I grew up in an environment where music was the main thing in the home… there was always jazz playing. My mother loved music and loved dancing to music, and that love of good music became important to me,” the Durban-based musician said.

“By the time I was in standard five I knew that I wanted to be a musician. I just wanted to play music all the time.”

Self-taught, he only began formal training in 2003 when he registered as a student at the Durban University of Technology.

“Before then, from 1997/1998 I was playing in tents at Church crusades. I started with the basics, playing in one key, and so I had to unlearn a lot of things when I got to tech,” Mashiloane, who plays both piano and drums, said.

Now lecturing at the University of KwaZulu-Natal, he drew on his love for the music of Hugh Masekela, Miriam Makeba and Oscar Peterson, as well his Ndebele cultural heritage, to craft his first album, Amanz’ Olwandle, released in 2016, which won two prizes at the Mzantsi Jazz Awards. The awards, which aim to recognise excellence in jazz music in South Africa, took place on Friday, August 11 at the Yamaha Theatre in Johannesburg.

Mashiloane received the award for best jazz album, as voted for by the public, and best contemporary jazz album. Other nominees in his category included Nduduzo Makhathini, Dumza Maswana, Africa Plus and Bongani Radebe. 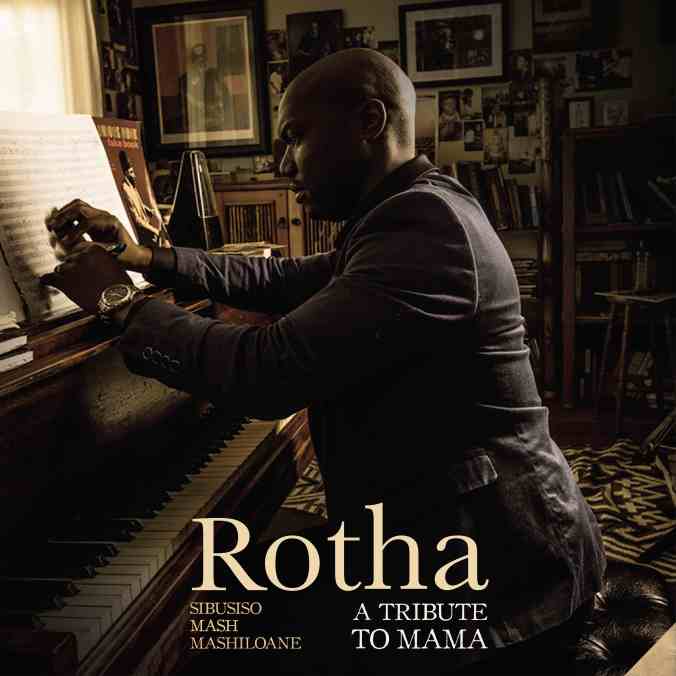 Rotha, A Tribute to Mama

He’s now about to release his second album, Rotha, A Tribute to Mama, in which he pays tribute to his mother, Rotha, who passed away on August 27, 2016, while he was in studio recording.

“I have enjoyed creating my own sound for Rotha,” he says. “It’s a combination of everything that I learned, at tech; arranging, improvisation, swing — it’s all there.

“For my masters [degree] I focused on the construction of songs, how you create harmonies. I especially studied [American jazz singer] John Coltrane and his way of composing harmonies.

“In contrast the melody is influenced by SA music. I believe our music is truly amazing.”

Mashiloane said many of the songs on the new album are more than 10 years old.

“These are the songs I would play with my Unlocked Keys Band and the audiences loved them,” he added. “Recording the album was not an easy task for me, I wanted to hear the music as I composed it many years ago, which is not fair for the influences and the maturity I have accumulated. The good part is that 90% of the musicians that feature on the record, are musicians that I used to play the music with.”

The musician hopes his new work can help increase the amount of home-grown music which is available to young South African musicians to draw on.

Asked who he would like to work with, he says: “Hugh Masikela. I would love to do a track or two with him. I he gave me that opportunity I would really appreciate it because Bra Hugh has done so much to help us, the up-and-coming generation.”

He would also love to go to Sweden and learn the different styles and techniques employed by Scandinavian jazz musicians.

He is also wanting to do more work with students at the Durban Music School where he has helped design a jazz programme.

Mashiloane added: “The students are already doing really well, but I love to be able to arrange for them to play two concerts each year – in June and October – but need help and sponsorship to be able to give these talented young people a platform to perform.”