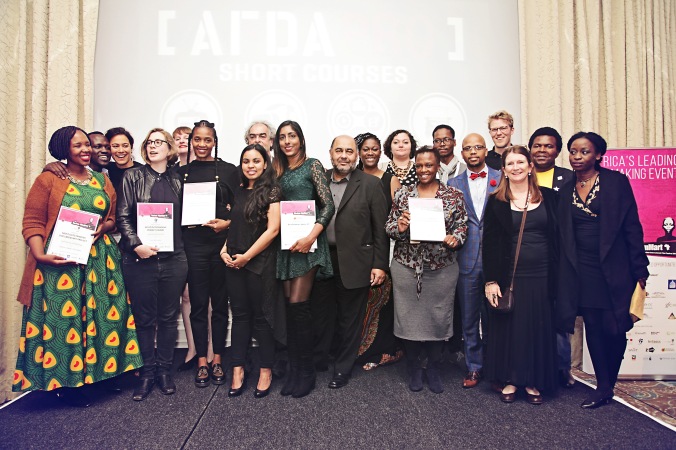 The Durban FilmMart (DFM), the industry development programme of the eThekwini Municipality’s Durban Film Office and Durban International Film Festival (Centre for Creative Arts, UKZN) ended on a high note with an awards ceremony at the Tsogo Maharani Hotel in Durban, South Africa on Monday, July 17.

“The DFM is one of the most important film finance platforms and industry events on the African continent, and this year’s eighth edition has certainly been our biggest.” said Toni Monty, Head of the Durban Film Office.

“We hosted over 600 delegates with over 30 countries participating in this year’s market; 17 of which were from Africa. We are thrilled that we have had a record number of 70 projects presenting at this year’s finance forum.”

Central to the Durban FilmMart have been the networking sessions and meetings held over four days between delegates comprising filmmakers, producers, distributors, agents, broadcasters and film funders and government agencies.

“Our annual programme would not be possible without our partners and sponsors, and we extend thanks and appreciation to the partner markets, funding bodies and development organisations who have continued to work with us in bringing African cinema to the world, and enabling us to expand the number of projects participating in the forums,” Monty said.

This year 22 official DFM film projects in development were presented at the Finance Forum through the partnership with Cinemart and IDFA, Netherlands.

Durban Talents was able to host 30 young filmmakers through the support by Berlinale Talents, the Goethe-Institut and the German Embassy.

Four scriptwriters projects were hosted at the DFM in the Realness Script Writing Residency, while Produire au Sud, France, supported the Jumpstart Project, a mentorship programme to introduce six emerging filmmakers to the art of the pitch. Two documentary projects were supported by Hot Docs Canada, and  six CineFam projects were rigorously mentored by Caribbean Tales, Canada.

“The Durban FilmMart was made possible by our principal funder, the eThekwini Municipality, and we are privileged to have the ongoing support of a City government that recognises, supports and promotes the value of our industry, and understands the importance of providing African filmmakers a platform to connect with the world, and, importantly, to connect with African filmmakers throughout the continent,” said Monty.

“Together with partners, NFVF, KZN Film Commission, and Department of Trade and Industry, we hosted three co-production delegations this year from Canada, Germany and Kenya, and special thanks go to the Canadian High Commission, the German Embassy and Kenya Film Commission for supporting these programmes.

“This year we were able to host a vigorous Women Led Film Focus together with the DIFF, through the support of M-Net and NFVF, as well as support from the Industrial Development Corporation for a insightful “Film Finance: State of the Industry”.”