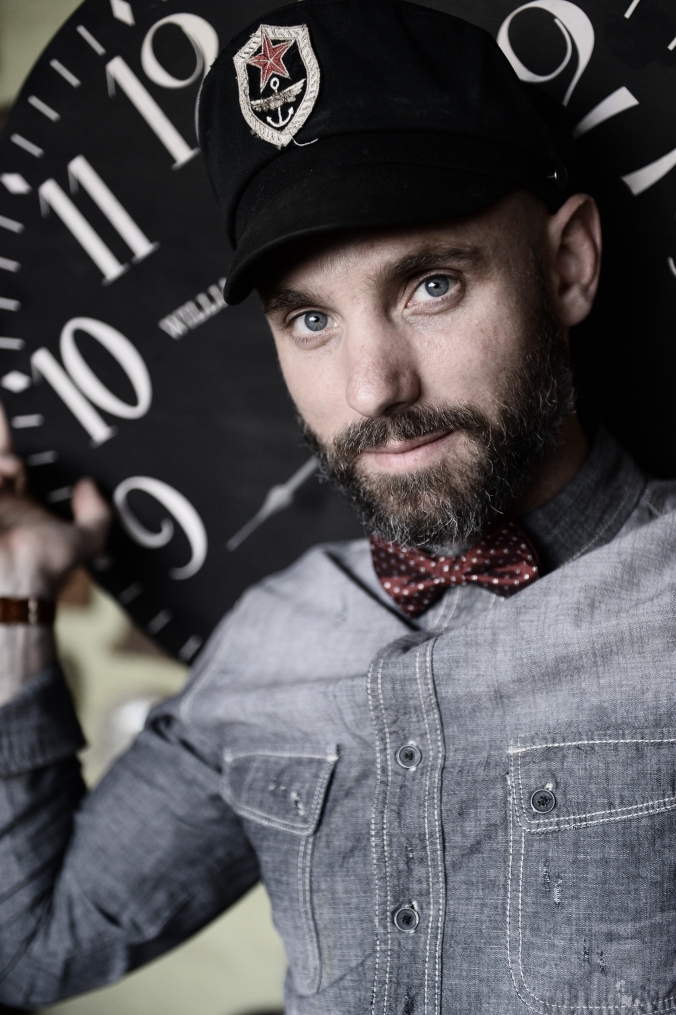 Kahn Morbee has released his second solo studio album, A Noise in the Void. The album, which is available for download and on CD in music stores nationwide, has already delivered five of the singles, including the iTunes number one collaboration with Karen Zoid, We Could Be Divine.

The current single, A Girl Named Paris, is also charting across multiple radio stations and the album is Kahn’s top solo release to date.

Recorded and produced by Theo Crous at the Belville Studios in Cape Town and with the assistance of Robert James Davidson (keyboard and synth for Zebra & Giraffe), Kahn has taken a slightly different direction for this album, which he describes, rather tongue in cheek, as a smorgasbord of gospel alternative 80’s POP from the future.

“The writing process is a continuous process, on this album there’s a few songs where I collaborated with other song writers; Karen Zoid, Nic Olsen and Tristan Prettyman,” says Kahn.

“Both Tristan and Karen’s songs also became duets. Musically both Theo Crous and Rob Davidson were integral contributors across the entire album and I featured one of my Voice season 1 team contestants, Eden Myrrh on many tracks, including a duet.”

On recording the album, the process was a timeous one for Kahn who used various musicians to create his own sound.

“The songs were recorded with Theo Crous at Bellville studios over several sessions in between touring and life’s commitments. I used several session musicians to ensure a significant departure from The Parlotones sound,” the singer said.

When asked what his favourite track on the album is, Kahn said: “It’s difficult to choose a favourite, I love ‘em all for different reasons. I’m chuffed with my guitar work on Vacancy and I love the musicality of Goodbye Annie. The message on Cupid and Fables is important but I’m proud of how the entire album turned out.

“I hope fans enjoy the journey of the album, and embrace some of the philosophy within the script and the lyrics. Musicians always hope for some semblance of success with their creations but mostly I hope to look back one day and be proud of this album and look forward to bringing it to fans on a soon to be announced series of dates.”

Watch all the music videos from Kahn’s album ‘A Noise In The Void’ here:

Kahn & Karen Zoid – We Could Be Divine: https://www.youtube.com/watch?v=plNol0ofZN8

Catch Kahn and Karen Zoid live at the Sand du Plessis Theatre in Bloemfontein on July 18 and at the Teatro Montecasino in Johannesburg on July 21 and 22. Tickets at Computicket.