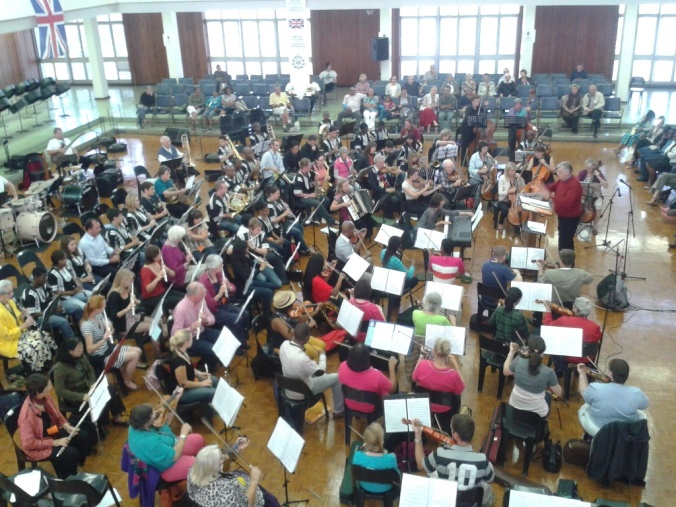 The Corobrik Orchestra 2014 mass rehearsal in progress, with conductor Richard Cock on the podium. Photo: BCHA

ASPIRANT orchestral musicians in the Durban are being invited to audition for the British Cultural and Heritage Association (BCHA)’s Corobrik Orchestra 2017 project.

During  a concert at 2.30pm on Sunday, August 20 a massed adhoc orchestra will perform under the baton of South African conductor, Richard Cock, in the Penzance School Nkulisa Conference Centre, 61 Penzance Road, Glenwood.

Preceding the concert there will be a massed orchestra rehearsal at the same venue between 11 am and 2 pm.

As a curtain-raiser to the main concert, members of Bryan Clark’s Marimba Group and Steel Drum players will entertain the audience between 2 pm and 2.30 pm.

All participants must be able to read and play music. There is an entrance fee of R60 to register to play either as individuals or as part of a group. Each musician will be issued with a complimentary ticket for a family member or friend to attend the event. 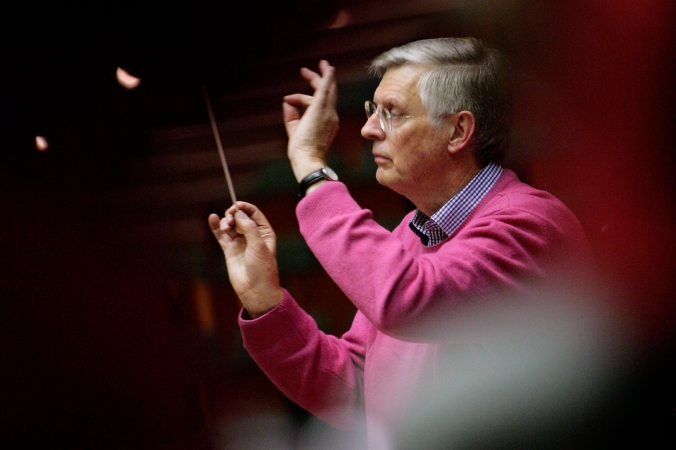 Participants are encouraged to register well in advance as they must be as conversant as possible with the prescribed music, to ensure that the concert will be an amazing experience if everyone performs at their best, and delivers a successful team effort.

“This annual event offers an opportunity for aspirant musicians to gain an idea of what it is like to play in an orchestra,” says Cock. “Even though they don’t have professional experience, it is amazing how things come together with just one intensive rehearsal session.

“People with a range of skills get swept along by the overall impetus, and by the overriding spirit of common endeavour.

“The stronger ones pull the weaker ones along with them. We take no prisoners. Everyone has to play along, and our audience is invariably astonished at what can be achieved under pressure. Throughout my career, I have always tried to offer people the greatest amount of enjoyment to be had out of making music. This is a prime example.”

To register call 031 202 6174 or email bcha1820@global.co.za. Secure parking is available for participants and audiences members alike. Seating is unreserved and tickets (R50 per person) will be sold at the door.

BCHA  offers sponsored tickets to the John Palmer Residence for the Blind and the KZN Cerebral Palsy Association, as well as  a number of children’s homes, who greatly appreciate being part of this fun-filled afternoon.