The KZN Philharmonic will be delighting classical music fans at the Royal Symphony concert on June 4. Photo: Supplied

THE magic of the world of Broadway and West End musicals will be recreated in the main arena at the Royal Show when the KZN Philharmonic Orchestra presents Music of the Night:  The Music of Andrew Lloyd Webber and Friends at 10 am on Sunday, June 4.

Conducted by South Africa’s ‘Mr Music’ Richard Cock, the concert will feature the beautiful voices of local talents Shelley McLean and Andrew Butler, as well as Hayley Hounsom-Heyns who is performing with the orchestra for the first time.

Hounsom-Heyns is a soprano, who specialises in light classical music and musical theatre. She has performed in Ushaka Marine World’s Dolphins by Starlight, the Pietermaritzburg City Orchestra’s A Night at the Opera and with world renowned percussionist, Efrain Toro, during his visit to South Africa. 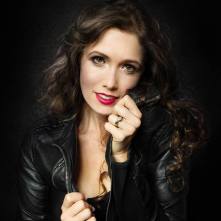 McLean is another familiar face to music and theatre-lovers, having appeared in several KickStArt Theatre Company shows, including the family pantomime, Cinderella, and as a vocalist with popular Durban band, Platform Jazz.

Cock is one of South Africa’s most popular conductors and loves to share his passion for music with the audience.

Born in and raised Port Elizabeth, he studied at the Cape Town College of Music and the Royal School of Church Music.  In 1978 he became Director of Music at the Cathedral Choir School and assistant organist at Chichester Cathedral, as well as a Fellow of the Royal College of Organists.

After his return to South Africa in 1980, Cock breathed new life into the National Symphony Orchestra as its artisitic director, and is, today, in demand as a conductor for the popular Last Night of the Proms, Starlight Classics and Songs of Praise concerts.

Hosted in association with the orchestra and Christopher Duigan’s Music Revival, the programme for Music of the Night will include Lord Andrew Lloyd-Webber’s Don’t Cry for me Argentina from Evita, Memory from Cats, Music of the Night and All I Ask of You from Phantom of the Opera, and Love Changes Everything from Aspects of Love.

There will also be numbers from other musicals, including On my own from Les Miserables and An Impossible Dream from Man of La Mancha, and beautiful music from the world of opera, ballet and classical music.

Seating will be provided in the main arena and on the grandstands. It is recommended that hats and/or umbrellas are included in your ‘bring-a-longs’ should it be a warm day.

The concert has been made possible with support from First National Bank, The Witness and Coca-Cola.

The Royal Show runs from Friday, May 26 to Sunday, June 4. Tickets are R65 for adults and R40 for children under 12 and pensioners.

On the middle Wednesday (May 31) all tickets will cost R40 and on Super Friday (June 2) entry is R50 for everyone. Halls will be open until 8.30pm and for R150 show-goers can enjoy unlimited access to the fairground rides between 5pm and 7pm.