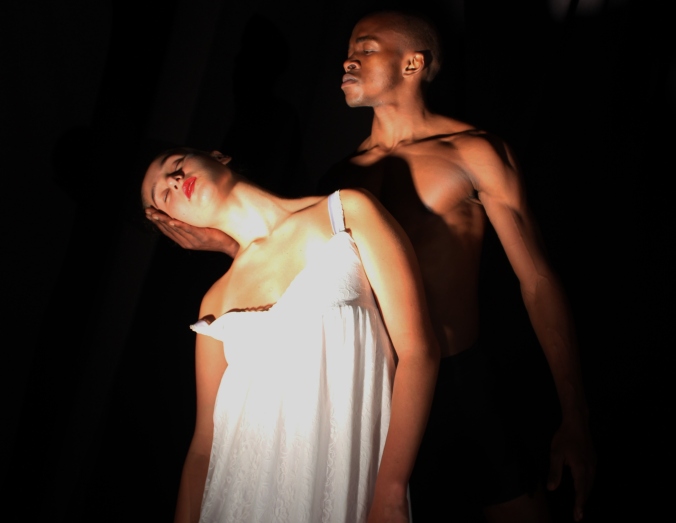 Inspired by the Penelopiad by Margaret Atwood, The Theatre – St Anne’s College in Hilton presents Penelope – A Dance Theatre Production at 7.30pm from Monday, March 20 to Thursday, March 23.

Directed by Lynn Chemaly, the show features choreography by Bonwa Mbontsi and an original Score by Christopher Duigan.

The great Chinua Achebe said: “Those who tell you ‘Do not put too much politics in your art’ are not being honest. If you look very carefully you will see that they are the same people who are quite happy with the situation as it is. And what they are saying is not “don’t introduce politics”. What they are saying is “don’t upset the system.”

Men document the most powerful ancient stories that have come to us through history. The Greek classics, brought to us predominantly through account’s by Homer in The Odyssey and The Iliad, recount elaborate tales of resilient heroes, family feuds, tawdry and complex wars, brutal deaths, manipulative and nasty women, mythological creatures and exotic love: by definition, all are a male account.

For Penelope, the wife of Odysseus, running a kingdom for twenty years while her husband is off fighting the Trojan War is not a simple business. She must bring up her wayward son, face down scandalous rumours and keep more than one hundred lustful, greedy, bloodthirsty suitors at bay.

Margaret Atwood, in her novel The Penelopiad, recounts the story of Penelope by giving her an alternative voice as compared to her male documented history, a voice in stark contrast to the traditional tale.

Historically, Penelope is lauded as the essential ‘good woman’: the faithful and loyal wife, domestic, pious, humble and resourceful. She is hailed as the ‘example’ all women should follow.

Atwood, in her retelling, gives us a strongly feminist insight into aspects of Penelope’s life that are unaccounted for. We see the exploitation she suffers as a princess where her value is the sum total of her family’s wealth and position.

We see the extent of her loneliness as she battles to save her home, her son and her people, and the final devastation, brought on by her own husband and son, in their hanging of her twelve maids, whom she has raised as her daughters.

Atwood explores two chief factors in women’s history; firstly, women’s value as only connected to male private and public property and ownership; and secondly, how all women, but particularly those that are marginalised through poverty, slavery and war, have no intrinsic value; they can be sold, traded, bullied, raped, abused, killed and ‘parcelled out as plunder’ without consequence. They are worthless.

The production is presented in the form of dance theatre, where excerpts of Atwood’s writing from The Penelopiad form the narration of the story, to dance, while her chorus pieces, inter-dispersed, are presented in live action and song by the twelve hanged maids, who comment on the story in relation to their own context and experience.

This contrast in both style and form adds insight and impact to the exposure of women’s experience historically, while highlighting how, and why, these attitudes are still with us today.