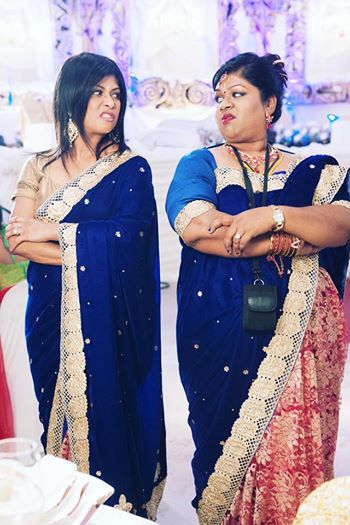 FROM the producers of Hard to Get and Happiness is a Four Letter Word, comes the two-sided, family comedy, Keeping up with the Kandasamy’s, directed by Durban filmmaker Jayan Moodley (White Gold) and produced by Helena Spring and the late Junaid Ahmed.

Described by Moodley as a “love letter to Chatsworth”, Keeping up with the Kandasamy’s was filmed on location in Chatsworth, Durban, and stars Jailoshini Naidoo (Eastern Mosaic, Lotus FM) and Maeshni Naicker (Broken Promises) as the matriarchal rivals of neighbouring families, whose young adult children become romantically involved.

Despite their best efforts to keep them apart, they are forced to acknowledge that in the end “love will always prevail.”

Says Spring: “Shanti Naidoo (Maeshni) is a typical Type-A personality. Always on the move, going out of her way to please people, and overcompensating for her perceived inadequacies by continually cooking up a storm in the kitchen. Her life would be just fine, except that her neighbour Jennifer Kandasamy (Jailoshini), always seems to hold the upper hand.

“When Jennifer realises her daughter Jodi (Mishqah Parthiephal) is in love with Shanti’s son Prinesh (Madhushan Singh), she is determined to break them up. But in order to do that she will have to enlist her rival’s help. Together the two women scheme and plot, recruit prospective partners and generally interfere with their kids wherever they can.”

Keeping up with the Kandasamy’s was produced in association with M-Net and the DTI, with distribution by Ster-Kinekor Entertainment. It will be released in cinemas nationwide on March 3.