Estelle Sinkins speaks to David Orr, who admits he cannot wait to sit down and play the magnificent pipe organ in the Pietermaritzburg City Hall on Tuesday, November 29.

Epworth Shool’s head of music and culture will be accompanying the world-renowned Drakensberg Boys Choir in Music Revival’s concert, Christmas.

Speaking to The Witness he said: “It’s arguably the finest city hall instrument in the country … The Pietermaritzburg City Hall, like most city halls in the country, was designed with musical performance in mind.

“The acoustics are fantastic, so you do not need to amplify the musicians and control the sound through a mixing desk. The architecture itself creates a very special atmosphere.

“It is very important that we create a sense of ownership of these venues within our community, and so we must use them as often as possible.”

Orr has played the organ several times – in 2001 as part of the first of the Pietermaritzburg City Hall Organ Centenary Concerts, and then for a series of inter-school choral events, titled Choral Chill, which he, Rykie Boeke and Patrick Harty organised.

“I have not played it myself since returning to Pietermaritzburg four years ago, although Epworth used it last year for Let the People Sing!. Unfortunately the instrument is not very easily accessible,” he added.

The Christmas concert marks Orr’s debut performance with Drakensberg Boys Choir something he is looking forward to. He is especially excited to hear what the choir is sounding like under Bernard Kruger’s direction.

Asked what he loved most about choral music, he says: “There are so many layers to it. For many people, active participation in a choir can be a real life-line.

“Choirs are communities, and there is no denying the thrill that comes from a perfectly synchronised performance where the entire choir breathes together. People, who get on together, make better music together.

“It can [also] be quite an overwhelming experience when a group of musicians get completely lost in the performance of some or other timeless piece. I think once you have had that experience, it would be difficult not to want to sing or play in an ensemble. 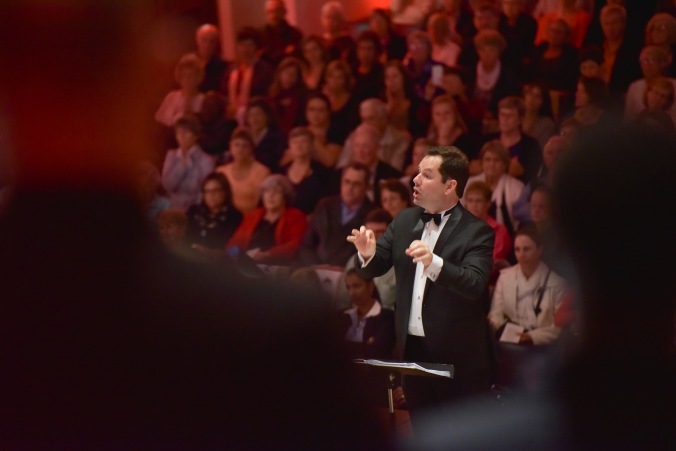 “Within the South African context, choral music is also one of the most successful ways of uniting people regardless of cultural background, and we actually have some of the finest choirs in the world which bodes well for the Choir Olympics which South Africa is hosting in 2018!

“You are possibly realising that this is something I am rather passionate about, and so it is hugely exciting from an educational point of view to now have in the region of 30% of our high school pupils at Epworth singing in the choir, and at an exceptional standard.”

Orr, who studied music at Rhodes University doing his B.Mus and M.Mus (Performance) degrees, before coming to the KwaZulu- Natal Midlands to teach at Epworth and St Anne’s Diocesan College.

He was then appointed director of music at St George’s Cathedral in Cape Town, but returned to the Midlands in 2013 to take up his current post at Epworth.

Orr is a published choral composer as well as an active performer, presenting a number of concerts in recent years featuring cello, flute, saxophone, trumpet, bagpipes, and even a didgeridoo, with organ.