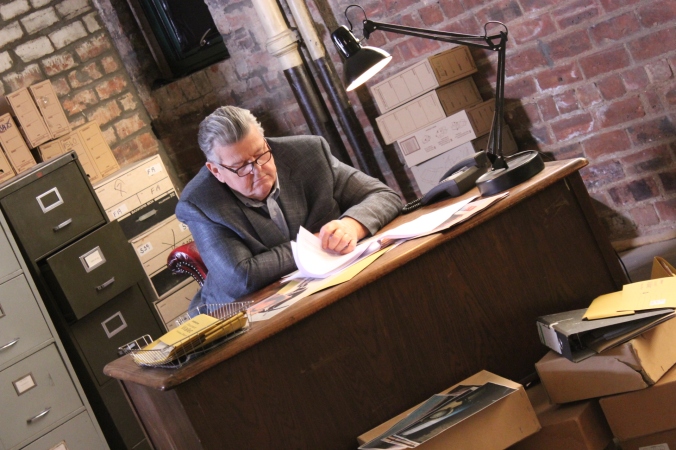 When there’s a murder with no suspect, no leads and perhaps not even a body, investigators face their toughest test. Evidence must be gathered and analysed. But evidence is worthless if it can’t be pinned to a suspect.

In the new Crime + Investigation series, Critical Evidence, British actor and comedian Robbie Coltrane (Harry Potter, Cracker) reveals eight of the hardest, most complex and baffling murder cases ever to be investigated by British police.

Most murder victims know the person that killed them. That’s why homicide, in many cases, is a straightforward crime to solve. Yet 20% of British homicides are classified as “circumstances unknown”.

In this series, Robbie reveals eight of the hardest, most complex and baffling murder cases ever to be investigated by British police.

The focus of each programme is the trail of evidence: how it was discovered, what it meant and how it became critical to crack the case.

With interviews from the lead investigators and forensic specialists, many speaking for the first time, he reveals the astonishing twists and turns of often stranger-than-fiction cases. It is a record of the detectives’ art: using skill and determination to solve seemingly unsolvable cases – because the only difference between success and failure is critical evidence.

Among the cases under the spotlight is that of Nishan Bakunts. Cycling through the countryside on a clear December morning in 2002, an off-duty fireman smelled burning flesh. In the distance, he could see a body smouldering in a field.

The police arrived to discover the body was charred beyond recognition; all they knew is that the man had died a brutal death, his killer having stabbed him repeatedly, shot him in the head, wrapped him in a  blanket, and drenched his body with petrol before setting it alight.

This episode tells the story will the help of all three lead detectives who spent three years solving the case. They explain how a cutting edge school of science was able to extract crucial information from the charred remains of the body; and how a scrap of paper with two words led detectives to the scene of the murder.

Viewers will also hear from a woman who was the key to unlocking the case and who has never spoken on television before.