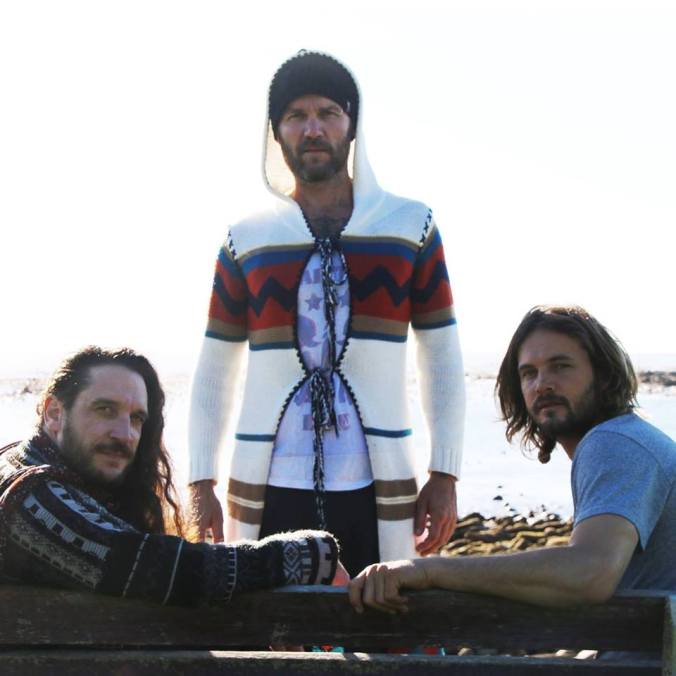 The Jack Mantis Band will be performing live at Caversham Mill in the KwaZulu-Natal Midlands at 8pm on Thursday, October 27.

Based in Cape Town, the band is made up of Jack Mantis (acoustic guitar and vocals), Andre Geldenhuys (electric guitar) and Domenico Benigno (keyboard).

The name Jack Mantis triggers somewhat mysteriously in the memory of most that encounter it. Yet the story behind the name – behind the man – remains largely untold. The last five years has seen the enigmatic front man of the Jack Mantis Band travel the world living out his various passions as musician, graffiti artist, adventurer and ultimately soul searcher.

With early aspirations of becoming a concert pianist thwarted by the pull of the great outdoors, he went on to study orchestra, percussion and marimba before finding his calling in the guitar. This rendered all his previous instrumental explorations secondary.

“It just felt right to me, it allowed me to play what I really wanted to. Guitar saved my life,” he says.

Even though music had been a large part of his life since the age of five, it was the guitar and his exposure to Tom Waits that fired him into the space of singer-songwriter at the age of 14.

“Hearing Waits for the first time challenged everything that I knew about music and went against all of my traditional musical training. I realised that the music I hear in my head should not be subdued, but needs to be let out,” Mantis said.

Other musical influences include Eddie Vedder, Dave Matthews Band, Jeff Buckley and Roger Waters. Having also explored graffiti from a young age, the combination of these art forms became a rebellious expression and vital creative outlet for him.

JMB (originally formed as a trio with Jimmy Curve and Ronan Skillen) quickly established itself as a household name within the Cape Town music scene in the 2000s. They were the darlings of Café Dharma (Kloof Street) and later Zula Bar and featured at some of the country’s major festivals including Rocking the Daisies, Oppikoppi, Splashy Fen, Flamjangled Tea Party and White Mountain Folk Festival.

Live performance is the quintessence of music for Mantis, which is expressed in the various incarnations of the band’s stage show over the years – not to mention the collaborations.

With a history steeped in music and a lifetime spent gaining insight and wisdom the world over, Mantis brings something truly generous to his performances – a sense of common humanity and togetherness.

The brotherhood between the band members and the sincere heart expressed through their music is tangible.