It is possible to spend an entire day at the Hilton Arts Festival without being asked to part with a cent? Absolutely.

Simply drive into the grounds of Hilton College and then amble through the extensive craft market and nearly 100 exhibiting artist stands without paying, then, make your way to the Castle Lite Festival Marquee where music plays for free. You do have to pay for the beer though!

Festival regulars, The Bifocals, who perform the hits of the 60s and 70s will be performing on Friday, September 16. The band is led by Ant Jenkins (vocals and guitar) and ably supported by Hector Houston (lead guitar and vocals), Rich (sax, congas and vocals) and Claire Robertson (keyboard and vocals), Cliff Rochester (bass) and Mark Pitcher (drums).

Saturday, September 17 kicks off with Hilton College’s international award-winning marimba bands. They will perform a dynamically entertaining repertoire that would keep your body grooving and moving to the beat!

The jazz band and school orchestra will also treat you to a selection of popular tunes, such as Michael Jackson’s Thriller and Adele’s Skyfall. 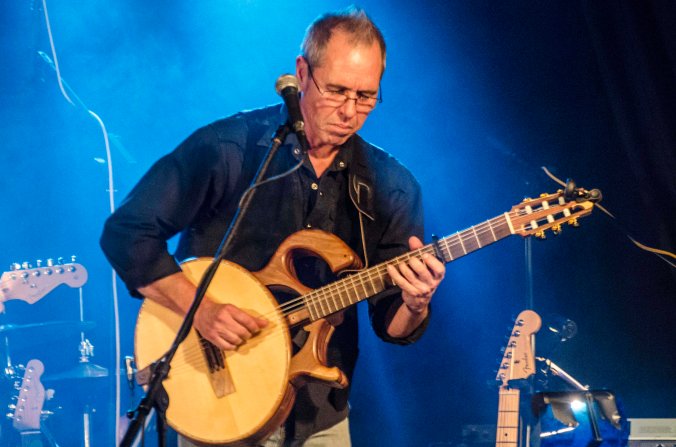 From 12pm on Saturday, September 17 where long-time friends, Barry Thomson and Marion Loudon, will entertain with acoustic renditions of their favourite tunes taken from the dozens of shows these two have performed together over the years.

Thomson, a guitar maestro is a well-known performer with many years’ experience playing in various shows around KZN and the rest of SA.

Vocalist Loudon is also no stranger to KZN audiences so you are in for a treat as both these performers display their immense passion for music, delivering all their favourites from Bonnie Raitt to George Ezra and everything in between.

Described variously as “the most eclectic folk band this side of the Limpopo” or a “collective multiple personality disorder”, the Hairies are always willing to try something new, including satirical observations of South African life.

They have won over audiences at clubs and festivals with the obvious joy they display towards their music, and their combination of harmony and humour. Stylistically, the band are adept at folk, country and bluegrass, but if you have not seen them rock, then prepare to be entertained!

Songbirds, Chloe Clark and Marion Loudon, will gently wake you up on Sunday morning (September 18) at 11am with some smooth jazzy sounds on piano and some soulful harmonies. Expect to hear some of your favourite jazz standards right through to more contemporary songs all with a jazzy twist.

Clark, pianist and songwriter, was singing in her first band at age 11. She became a familiar face recently after being seen on South Africa’s The Voice where she formed part of Team Kahn. She has recently released her first solo album.

Loudon has been seen in numerous supper theatre tribute shows over the years. She is also part of the hilarious cabaret The Glitter Girls seen last year at the festival.

From Sunday lunch-time Beat-Route, one of KZN’s most firmly established Swing Jazz Acts, will take the stage.

The core of the band features front man, Daniel Sheldon, on trumpet, Gerald Sloan, the master of jazz guitar, Logna Byrne on the big old double bass and Devon Hore on drums. They are joined by highly acclaimed saxophonist and arranger, Tom Hare, and Zoe Masuku with heady, flawless vocals.

Come and enjoy this vibrant and highly acclaimed act as they take you on a journey of musical excellence and good fun with their exciting repertoire of original arrangements ranging from New Orleans swing to African groove, from Louis Armstrong to Johnny Cash.