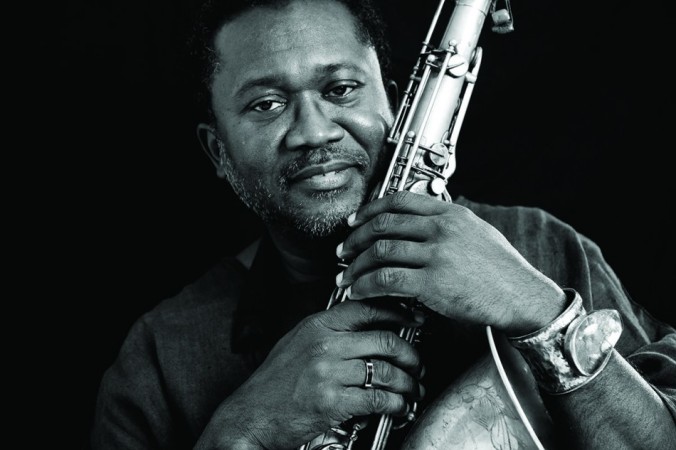 Salim Washington, in association with Concerts SA, presents his rich jazz ensemble, Sankofa, during an intense long weekend of shows at The Orbit, Afrikan Freedom Station, and Kaya House in Johannesburg.

Drawing its’ inspiration from the Sankofa bird, a Ghanaian symbol of the return of diasporic Africans to the motherland, the Sankofa band is a true representation of moving forward whilst looking back.

With matured sounds honouring the traditions of jazz and sounds of today that tell stories of modern day life, this collective of South Africa’s great jazz musicians are led by Salim.

For this special ensemble, he has brought together musicians whom he feels share his sentiments about music and life.

Resident in South Africa for the past three years, Salim has recorded his third album at the SABC Studios. It is due for release before the end of year.

Salim (tenor saxophone, flute, bass clarinet and oboe) will be joined on piano by Nduduzo Makhathini, who has made a name for himself and is influencing the sounds of modern jazz. Ayanda Sikade will play drums, with Dalisu Ndlazi on bass. The strong horn section is made of trumpeter Syanda Zulu and Leon Scharnick.

Some selections will also feature a four piece vocal choir of students from the University of KwZulu-Natal which brings an amazing operatic sound to the sound of jazz. The music performed by this ensemble consists of original compositions by Salim.

“I have had many years of experience playing in various size jazz ensembles, playing in festivals and other gigs throughout the United States, Europe, Asia, Africa, South America, and the Caribbean,” he says.

“The scope of what I want to say musically and socially is now requiring a larger platform. I am now using multiple horns and multiple voices as well as a slightly expanded rhythm section.

“It is my ultimate goal to have the jazz band expanded by a philharmonic orchestra, South African choir, and Pan African percussion ensemble (with styles ranging from West African to Cuban and Brazilian influences).

“The vocal component should also include poetry, which not only makes a nice bridge between semantic content and music, but also gives vent to direct social commentary to compliment the music.”

Fans can catch them at:

Concerts SA is a joint South African/Norwegian initiative housed under the auspices of the Stakeholder Hub within the SAMRO Foundation. It receives financial, administrative and technical support from the Norwegian Ministry of Foreign Affairs, the SAMRO Foundation and Concerts Norway.

The project aims to support live music in South Africa by finding and implementing ways to create a vibrant and viable live music circuit. It also aims to develop an interest in and appreciation of live music by showcasing music performances and conducting workshops at schools.