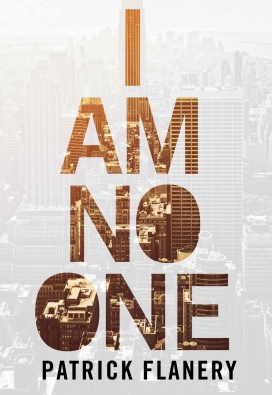 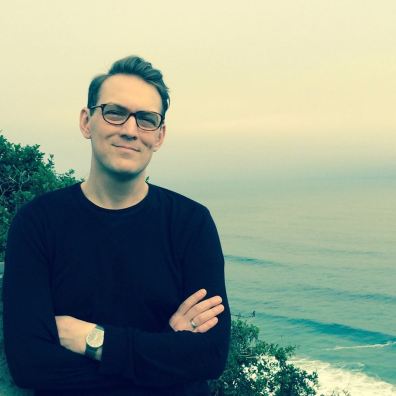 TheLuvvie.com’s ESTELLE SINKINS speaks to author, Patrick Flanery about his new novel, I Am No One. This interview was first published in The Witness (www.witness.co.za)

AUTHOR, Patrick Flanery, believes society is walking into a world without privacy – thanks in a large part to the use of social media which pervades 21st century life.

“As a society we have allowed ourselves to sleepwalk into the pleasures of social media, not realising what we are losing in the process,” he said. “People have not yet come to the point of realising that the things that they say on platforms, like Facebook and Twitter, are recorded in some way and that there is no real privacy. I think that, as a society, we have to adjust our thinking about what privacy is.”

The issue of loss of privacy is something Flanery has tried to capture in his latest novel, I Am No One. It explores the tenuous link between fear and paranoia in our post-Edward Snowden lives: a world of surveillance and self-censorship, where privacy no longer exists and our freedoms are inexorably being eroded.

Asked what had inspired the book, he said: “I had been visiting a friend in New York City. I was wandering around one day after having coffee. On my way back to her apartment I saw her in the window. I waved at her but she didn’t see me. When I told her, she realised for the first time that she could be watched. It got me thinking and that led to the book.”

In I Am No One, the main character, Jeremy O’Keefe, a middle-aged professor of history, returns to his native New York after a decade teaching at Oxford.

He is hoping to reconnect with his daughter, Meredith, and to rebuild the life he left behind. Jeremy settles into a rhythm of long evenings spent alone after a day teaching students he barely knows; but things change when he encounters a young man who claims to know him.

The pale young man lingers outside his apartment at night, and then mysterious packages begin to arrive. Jeremy is convinced he is being watched and, as his grip on reality seems to shift, he struggles to know whether he can believe what he is experiencing, or whether his mind is in the grip of an irrational obsession.

I Am No One is an unsettling novel and reminds us that the Big Brother complex beloved of fiction writers is now all too real as governments invade everyday lives, usually under the mantel of state security.

Those who know Flanery will also appreciate some similarities between the author and his main character. He was born in California in 1975 and raised in Omaha, Nebraska; studied Film at New York University’s Tisch School of the Arts; and earned a PhD in Twentieth-Century English Literature at the University of Oxford.

“I think I do feel a kind of similar alienation to Jeffrey,” the writer said, “that feeling of being far away from home. As an American living in London you are constantly reminded of your outsiderness.”

To write I Am No One, Flanery – who is professor of creative writing at the University of Reading in the United Kingdom – conducted research into the art of surveillance and read up on the history of surveillance around the world.  He also looked into drones and admits to being concerned about their growing prevalence in society.

“It’s quite disconcerting to look up and see a drone above your head,” he said, adding that technology like this is part of humanity’s need and hunger for convenience.

“We have a desire to live in the future that we didn’t possess 30 years ago. I think it is telling that very young children can adapt to technology so quickly.”

Flanery, who recently visited South Africa as part of a book tour to promote I Am No One, is no stranger to the country thanks to his South African-born husband’s family. “I have been coming to South Africa since 2003 … it’s a place I really enjoy visiting,” he said.

The country was also used as a backdrop for his first novel, Absolution, released in 2012. Set in the Western Cape in the 1980s and 1990s the book examines South Africa’s apartheid past in through the memories of journalist Sam and author, Clare, who he is interviewing.

In its pages, Flanery also reveals the poverty and inequality of modern-day SA, with affluent residents living behind security gates while the poorest beg on the streets.

Asked if fans could expect a future novel set in South Africa, Flanery says anything is possible.

In the meantime, I recommend you get a copy of  I Am No One. It’s a fascinating read.