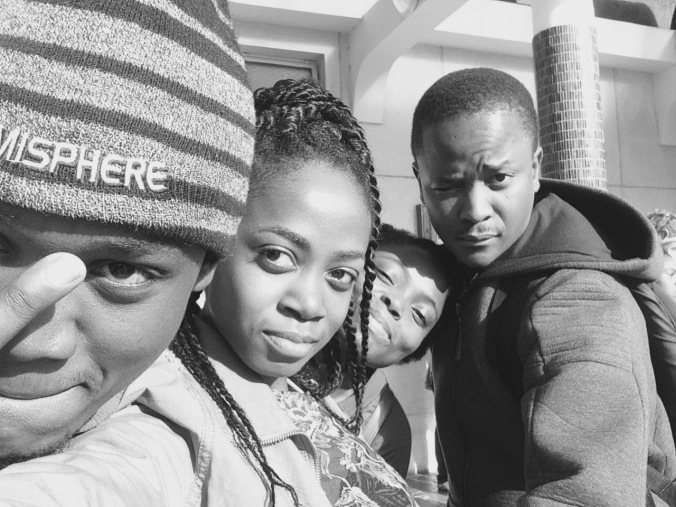 East London-born and Johannesburg-based actor, writer and director Mbasa Tsetsana will be bringing his award-winning production, Waiting for Nelson, to the Courtyard Theatre at the Durban University of Technology’s Department of Drama and Production Studies at 6 pm on Saturday, July 23.

This professional staging will be doubled billed with a student version of Waiting for Nelson under the direction of DUT directing student Sphephelo Dlamini.

Audiences will have the rare opportunity to see two versions of the same production performed one after the other with an interval in-between. The second version will be followed by a Q&A with writer, directors and cast.

Tsetsana published the production under the banner of Off The Wall Plays in 2014. He was then approached by DUT directing student Sphephelo Dlamini, who requested to direct the show for his directing exam.

“This production is relevant this year, because of the 40th anniversary of the Soweto Uprisings. However, the themes and truths interrogated in the production are ones that are imperative, regardless of time or geographical, class or racial context,” says Tsetsana. “I also look forward to seeing Sphephelo’s interpretation of the text.”

Dlamini, a final year student at DUT’s Drama and Production Studies department, says that he’s always wanted to change the world through the arts.

“I have always wanted to be an actor, since from my childhood.  I grew up with passion of changing the world,” he added. “That was and is a bold idea, but I believe, that through the arts, we are changing the world every day.

“I personally believe that theatre is where people get educated and it is where people express how they feel about the society they live in. They also talk about what other people are afraid to speak about, and be the voice of the voiceless. For the past two years I never thought that I would one day be able to tell African stories through dialogue on stage, well theatre has allowed me to,”

Asked why he chose to direct Waiting For Nelson and what he thinks about the collaboration, Dlamini said: “Waiting for Nelson is a very excellent piece of art and challenging as well, therefore one cannot be sure of what message the audience will grasp from the piece.

“Having this showcase will open many people’s mind, especially the youth, Q’s and A’s will help them to have a better understanding. As an upcoming director this collaboration will be an eye opener as I believe I will learn a lot from the other cast and director, I am humbly honoured to be actually given this opportunity I regard it as a golden opportunity.”

Mbasa Tsetsana is a theatre actor, writer and director from East London. He also acts and writes for the screen. He has written, directed and staged a total of five plays, with Waiting for Nelson being published by Off The Wall Plays.

Mbasa has acted in a number of stage productions including, Andrew Lloyd Webber’s Joseph and The Amazing Technicolor Dreamcoat, Athol Fugard’s Master Harold and the Boys, Morountodun, directed by internationally renowned actor and director Andrew Buckland and Red Shoes, written and directed by Leila Henriques.

His debut in television came with his supporting role as Mxolisi, on ETV’s miniseries, The Alliance (2016).