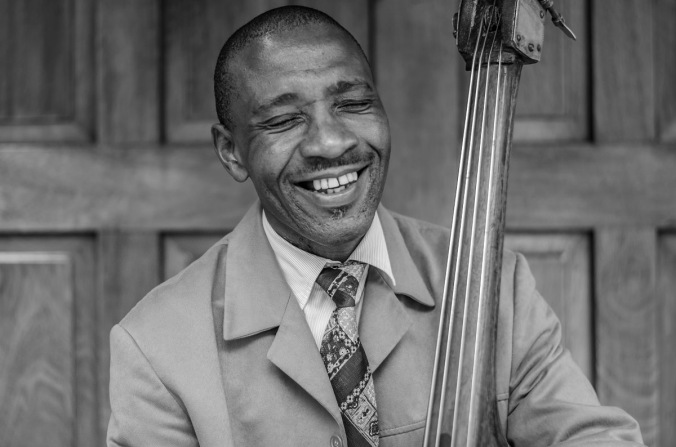 Bassist, composer and arranger, Herbie Tsoaeli is the 2013 best jazz album South African Music Award winner, for his debut album African Time. Better known as “uMalume” by most of his fans in the South African jazz scene, following his hit Hamba No Malume from the African Time album, Herbie’s music is a combination of different elements of South African music, and jazz.

He refers to his music as a spiritual experience and has coined the term “Jazz Moya” to describe it, which means jazz influenced by spirits.

Having played with South African Jazz greats such as Abdullah Ibrahim, Zim Ngqawana, Bheki Mseleku, Louis Moholo and Wynston Mankunku Ngozi, it came as no surprise that Herbie’s debut album, which was a culmination of over two decades of playing in the SA jazz scene, scooped the prestigious jazz SAMA in 2013.

Other projects that Herbie has been involved in include VOICE, Mbizo Quintet, New Notes, Zim Ngqawana’s Zimilogy Quartet, and more recently The Sound Of You project with Estelle Kokot, Chicco Freeman, Jan Pulsford and Kevin Gibson. Herbie also continues to play across South African with his African Time Quartet.

The concert is supported by Concerts SA, a joint South African/Norwegian live music development project housed within the SAMRO Foundation.

Working with musicians, promoters, venue owners and audiences, and providing support to the sector through research and skills development for music professionals, the project aims to build a vibrant and viable live music circuit in southern Africa.  It also aims to develop an interest in and appreciation of live music by showcasing music performances and conducting workshops at schools.