Malachi Kirby plays Kunta Kinte in the 2016 remake of Roots on the History Channel.

When the History Channel first announced it was remaking Roots, the news received mixed reviews. Was it really necessary to redo this beloved cultural work that broke television records when it first aired in 1977?

“They just want to keep showing the abuse that we took hundreds of years ago,” Snoop Dogg vented as he took to social media.

However, the four-part series which premieres in South Africa on DStv Channel 186 on Wednesday, June 15 at 8.30 pm has been widely praised by critics and audiences alike, even being screened at the White House.

LeVar Burton – who played the original Kunta Kinte, the slave taken to America – has admitted that he was “troubled” when he heard rumours of a Roots remake. He believed there was no conceivable way a fresh take on author Alex Haley’s material could have anything approaching the impact of the original.

But then, he says, he realised that few viewers under the age of 50 had any kind of familiarity with the 1977 miniseries and decided to sign on as executive producer in the 2016 version. 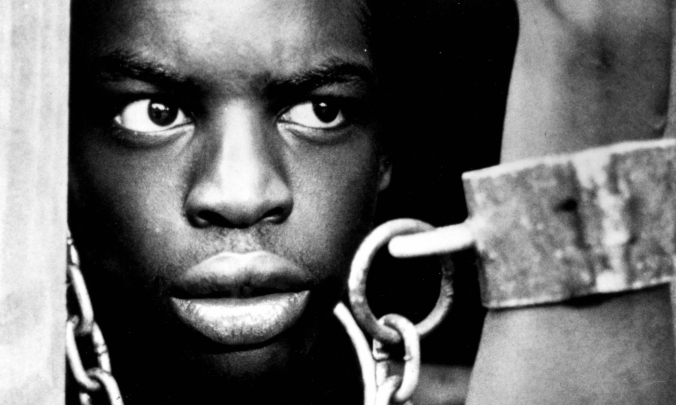 LeVar Burton as Kunta Kinte in the original Roots.

“Human beings have very short memories and what they say about history is that those who forget the past are condemned to repeat it,” he said. “This is a story that is part and parcel of the civilisation of this planet. As such, it’s a story that we need to retain in our very souls, so that we do not repeat the horrors, the atrocities of a slave trade. There is slavery going on as we speak and unless good people of conscience stand up and tell these stories, it will continue.”

Roots is clearly part and parcel of Burton’s life: “It was my first job. I was 19 and it changed my life. It gave me the life that I enjoy now. Coming back to this project again, 40 years later, is really extraordinary. I used to think that life was very much a linear journey but this experience has really shown me that it’s really circular in nature. I’ve come back to this same place, with this same project, but with a whole new cast of characters, both in front of and behind the camera. Even though the story is intimately familiar to me, it feels very different.”

The first episode, directed by award-winning Australian director Philip Noyce (Patriot Games and The Quiet American), is devoted to establishing the life and relationships of Kunta Kinte (British actor Malachi Kirby) and then ripping him away from his home and family in West Africa.

Mtunzini’s Umlalazi River and the Dlinza Forest near Eshowe in KwaZulu-Natal were used for filming, doubling for scripted areas in Gambia and along the Kambay Bolongo River, where Kinte is taken prisoner, transported down the river and put on to a ship to be sent to America.

Also featuring prominently in the first episode is Forest Whitaker who plays Fiddler, a violin-playing house slave at a Virginia plantation, in the role played in the original production by Louis Gossett.

In one of Roots’ most famous scenes, Kunta’s name is beaten out of him and he is forced to acknowledge his new, given name of Toby. Kirby reveals that it was the hardest part of filming.

“On the second take, I felt like I opened myself up far more than I was prepared for. It felt like [I could see] every other person who went through that – I could hear all their screams and I could feel all of their pain. It was the weirdest experience. To the point where, I’m not ashamed to say, it brought me to my knees,” he said.

“They stopped rolling the camera and I was somewhere else for about 15 minutes. I couldn’t stop crying. But I wasn’t crying because I was upset; I was crying because I could feel all these people’s pain. The pain of having your identity stripped away from you … it was horrible, and I didn’t know how to stop it. Forest (Whitaker) just sat there and held my hand.”

He reveals that Roots has already changed his life: “And this has nothing to do with being in a production that has introduced me to a global audience.

“It has made me decide to look into my own roots. I was born in London, I am second generation Jamaican and I don’t know where I came from. I don’t know my history past my grandparents so I feel like there is a lack of identity that, in some ways, has disempowered me.

“So being part of (Roots) has made me want to find out where I come from. At some point, my ancestry goes back to Africa … but I don’t know where or who. I don’t know how extreme this idea is, but if you don’t know who you are, you’re more likely to accept who people say you are.”