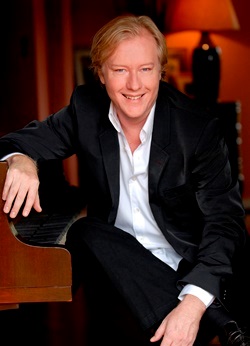 CELEBRATED concert pianist, Christopher Duigan, will be performing the music of Frédéric Chopin at the Brooklyn Theatre in Menlyn Park Pretoria at 3 pm on Sunday, June 19.

He will be playing the composer’s Ballade No 3, waltzes in E-flat, A minor and B minor, three Etudes from Op. 10, Scherzo No. 1, and a selection of Nocturnes.

The Pietermaritzburg-based concert pianist will also be discussing the insight he gained into Chopin and his music on a trip to Warsaw in Poland and the Chopin Museum last year.

Duigan, a Steinway Artist, has devoted much time to the study and performance of Chopin’s music in his professional career over the last 25 years and was invited to give two recital programmes of his music at the National Arts Festival in Grahamstown in 2010 on the 200th anniversary of the composer’s birth.

Asked what he loved about playing Chopin’s music, Duigan said: “In the many years that I have played for audiences, many of them new, I’ve found Chopin’s music to have a unique ability in having an immediate and powerful response.

“Chopin’s music speaks so directly to the heart. It is a result of a very sincere personal expression at the piano, from one individual to another. It is also perfectly crafted, covers an extraordinary range of very succinctly presented emotions and ideas, and always seems perfectly natural.  It’s also quite sensual.”

Duigan said his trip to Warsaw had been hugely educational, adding: “I was amazed at how the Polish people have embraced the composer as national icon.

“From landing at the Fryderyk Chopin International Airport in Warsaw to the state of the art Chopin Museum, which is obviously highly funded, to the numerous monuments, plaques and detailed information offered as to where he played and lived in old Warsaw.

“When I was there, we encountered organised stages with pianists playing his music on magnificent grand pianos, from morning to night, in several squares around the city.”

For more information contact Christopher Duigan at 033 342 3051 or email chrisduigan22@gmail.com. You can also go to http://www.musicrevival.co.za/