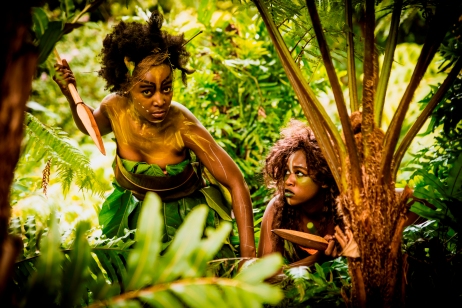 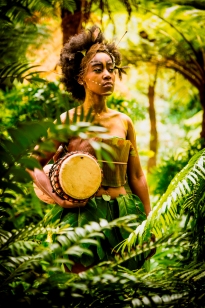 DIM-DEP: Faces of Environmental Success is a musical theatre production that is written, produced and directed by Atlas Duma and will take place at the Playhouse Opera Theatre in Durban from Thursday, June 9 to Sunday, June 12 at 7 pm each evening.

It is a two part musical theatre production that explores themes of African heritage, tribalism, the environment and the origins of soul and the blues with a special link to South African jazz and popular music.

Showing for the second year, after being first shown in 2015 at the Playhouse Loft Theatre, Dim-Dep: Faces of Environmental Success is Atlas Duma’s first major theatre production and this year promises to be bigger and better by incorporating live music performances.

“This year we are extending the duration of the musical and have also added in live music elements, which make the production much more impactful and will drive home the message that we need to be more aware of our impact on the environment,” says Duma.

Guests can expect live music performances from the likes of Madala Kunene and Neil Gonsalves along with Moses Sefatsa, Jerry Kunene, Mduduzi Magwaza, Xolisa Dlamini and Mbuso Khoza. The Dim-Dep Classical Orchestra will also perform with Doc and African buskers, the Sagiya band and the Umkhumbane Jazz Ensemble.

The cast includes Nonkululeko Mchunu, Cherise Hlengiwe Filen, Ntokozo Ngcobo and Lee Ngamlana, with music directed by Vincent Mtetwa and orchestrated by Ntuthuko Sibisi and Russell Scott who is also the conductor.

The musical is told by two main characters, ‘Mpume’ played by Nonkululeko and ‘Sindy’ played by Cherise from the Abangoni Tribe, who were the first tribe to descend from Central Africa to Southern Africa. Upon discovering the beauty of Southern Africa and its bountifulness the tribe enjoy living off the land in an environmentally sustainable way, through their own cultural practices.

After the settling of the first Western explorers in what is now known as Cape Town, in the Western Cape, the Abangoni tribe quickly find themselves being introduced to colonialism, slavery and unfamiliar agricultural and environmental practices by Westerners. The musical begins when Mpume, the daughter of an Abangoni tribesman bumping into Sindy, an ‘illegitimate’ child, born of an enslaved Abangoni tribeswoman and Western slave master.

All primary and high schools are encourage to attend the day sessions which are held at 12pm, tickets are R40 per pupil. Tickets are R 100 for the evening sessions and are available at Computicket, Shoprite/Checkers and at the Playhouse Company.