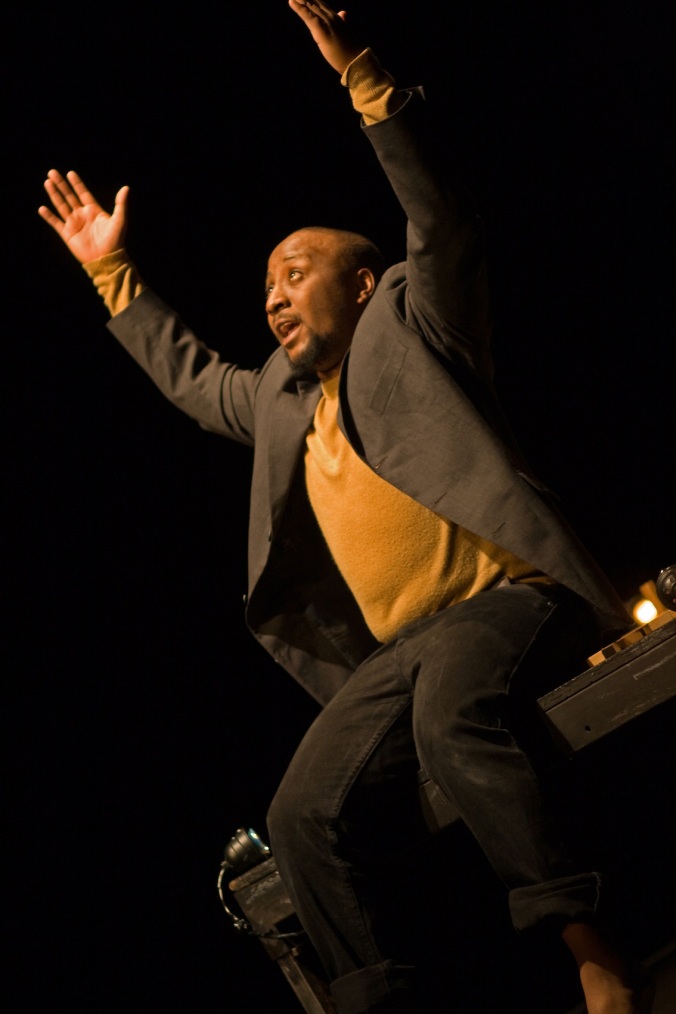 AN original Wits Theatre production, first performed at the So Solo Festival, The Cenotaph of Dan wa Moriri is being presented by The Playhouse Company from May 5 to 7 in the Loft Theatre, as part of its New Stages season.

This unique, collaborative journey about loss, memory and intimacy unfolds a personal narrative about a father-son relationship cut too short. When Tony Miyambo, who stars in this one-hander, lost his father, he struggled to come to terms with the void that was left in his life.

Miyambo said: “Dealing with my personal biography to create The Cenotaph of Dan Wa Moriri has been one of the most difficult yet rewarding processes that I have ever had to go through.

“When Daniel Rasenga Miyambo died in 2007, the world stopped for at least a week. The funeral was planned, food was prepared, people arrived, he was put into the ground, people washed their hands, ate the food and life moved on, but I couldn’t.

“Waking up each day after that was painful; I could still vividly recall the tone of his voice, the colour of his eyes and the feeling of his touch. It haunted me, he lived everywhere and nowhere at the same time.

“Our life together became an endless loop and the years began to strip away the detail of this man from my mind. My father was a hairstylist; he used to touch people’s heads and make them look beautiful. That had to count for something, and I always believed in it.

“My father never got to see me on stage, and every time I perform the piece I feel as though I am having a conversation with the audience, myself and my Dad.”

The sincerity of this highly personal narrative explores themes of relationships, loss and longing. Written by Tony Miyambo and Gerard Bester, in collaboration with William Harding, directed by Gerard Bester and produced by Gita Pather, this powerful autobiographical piece leaves audiences reflecting on their own lives and individual histories.