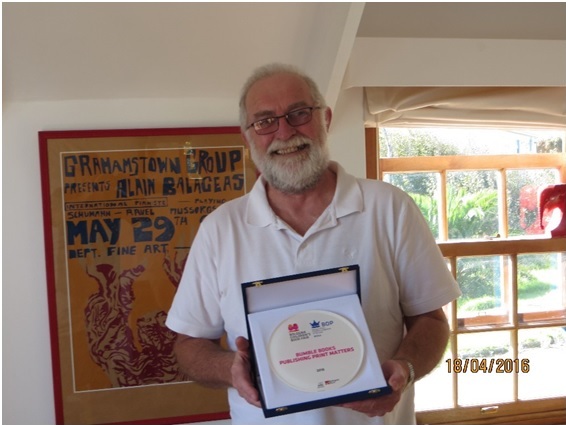 THERE’S a certain magic about beautifully illustrated children’s books, something that can set your child’s imagination soaring for a life of loving reading.

And that lies at the heart of small South African independent publisher, Bumble Books, which has just won the Best Children’s Book Publisher Africa at the prestigious Bologna Children’s Book Fair.

It’s the second year Bumble Books (the children’s imprint of Publishing Print Matters) has been nominated.

Winning this award is a huge accolade for the years of creative vision that owner Robin Stuart-Clark, from Noordhoek, Cape Town, has put into this imprint and in his goal of publishing books that can become a legacy.

Bumble Books provides a platform for new South African illustrators and authors to showcase their work internationally, with an emphasis upon fun and entertainment.

Says Stuart-Clark: “This international award not only recognises Bumble Books but more importantly also acknowledges the depth of both the illustrative and literary talent we have in South Africa.

“We are world class and we need to think beyond our borders. Our stories can travel, but we’re not using this talent.’

The Bologna Best Children’s Publisher of the Year Prize acknowledges the most significant publishers in each of the six areas of the world: Africa, Central and South America, North America, Asia, Europe and Oceania.

Instituted by the Bologna Children’s Book Fair in partnership with AIE (Italian Publishers Association), the prize is awarded to those publishers who have most distinguished themselves for their creative and publishing excellence over the year, showing originality as well as professional and intellectual skills.

Bumble children’s books maving waves at present include: Table Mountain’s Holiday by Lucy Stuart-Clark nominated for the 2013 Bologna Children’s Book Fair Illustrator’s Exhibition; and The PossibiliTree by Tamlyn Young, which was voted one of two best books by Jay Heale.

“People are not reading less — e-book sales confirm this — they are just reading differently, that is, on electronic devices. Children reading for pleasure don’t want lectures: they get this at school. They want to be entertained; they have imagination,” said Stuart-Clark.

In 2014 PPM appointed an international rights agent to represent Bumble Books internationally. Sales of language rights to-date include Chinese, Spanish and Catalan for Annie Learns to Swim by Katrin Coetzer, and Japanese for The Rainbow’s Heart by Richard Latimer.

For more information go to http://www.printmatters.co.za