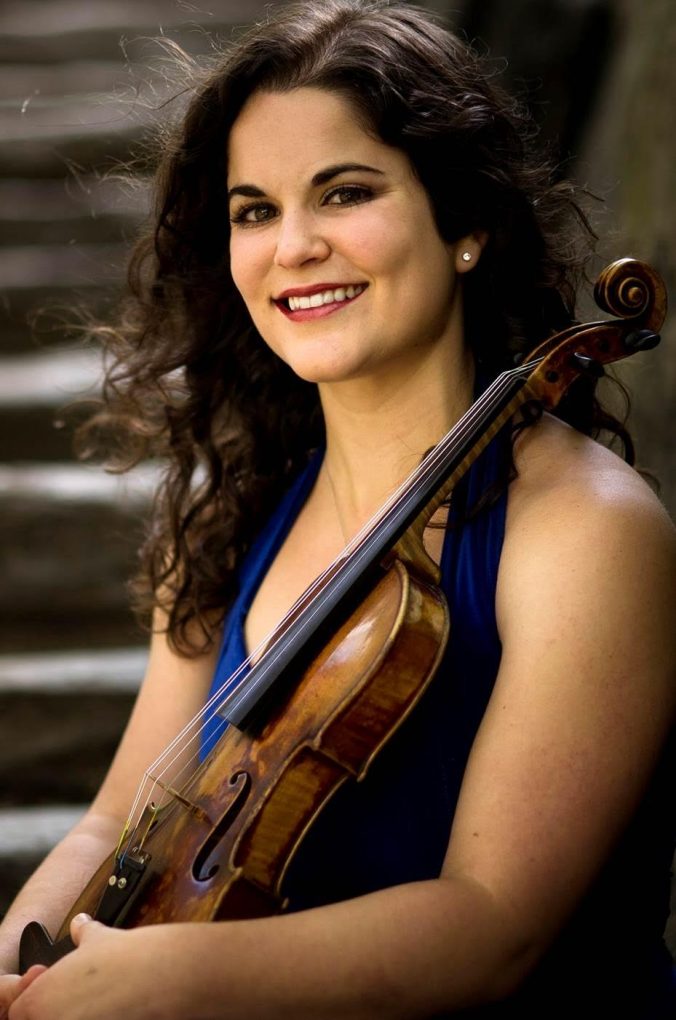 THIS year’s SAMRO Overseas Scholarships Competition is looking to unearth fresh, exciting Western art music or jazz instrumentalists with the potential to compete in the global premier league.

The closing date, Monday, May 16, is fast approaching for music students and early-career professionals (younger than 32 years old) to apply for one of the country’s most sought-after postgraduate music study awards.

Every year, rotating on a four-yearly cycle between composers, singers, keyboard players and instrumentalists, the SAMRO Foundation awards two scholarships worth R200 000 each – for Western art music and jazz music, respectively. The grant enables the recipients to enroll for career-furthering postgraduate studies or master classes at international institutions.

The previous winners of the instrumentalists round in 2012, Avigail Bushakevitz (classical violinist) and Darren English (jazz trumpeter), have been making significant waves locally and internationally.

After winning the SAMRO scholarship and carving out a strong name for herself on the international performance circuit, Germany-based Bushakevitz was named the 2016 Standard Bank Young Artist for Music – joining an elite club of past winners.

She will perform with the Eastern Cape Philharmonic Orchestra under the baton of Richard Cock at the popular Gala Concert during this year’s National Arts Festival in Grahamstown. This Juilliard graduate is currently a member of the first violin section of the Konzerthausorchester in Berlin.

English’s star is also firmly on the rise. Now based in Georgia in the United States, the young jazz trumpeter’s debut album, Imagine Nation, is doing extremely well. He is the youngest artist to be signed to leading Atlanta jazz label, Hot Shoe Records.

On the website Allaboutjazz.com, music reviewer Dan Bilawsky gave the album four stars, hailing English as “a bright new voice and a force to be reckoned with … clearly destined for big things”.

Expressing his appreciation for the launch pad that the SAMRO Foundation gave his career, he penned a special note of appreciation in his album’s liner notes: “Your support has been the most beneficial and influential! I am forever grateful.”

This is the pivot around which the SAMRO Foundation’s Overseas Scholarships Competition revolves; it offers a platform for gifted rising musicians to achieve their potential and pursue excellence in their craft.

To be eligible to compete in the 2016 SAMRO Overseas Scholarships Competition, candidates must be a music student or professional instrumentalist between the ages of 20 and 32, and a citizen of South Africa, Botswana, Lesotho or Swaziland.

The competition takes place over three rounds; a preliminary round (in which a panel of adjudicators select the top candidates from the applications received), an intermediate round (in which the shortlisted Western art and jazz music candidates compete) and a final round, which will take the form of a public concert at Johannesburg’s Linder Auditorium on Saturday, August 20, featuring performances by the top two candidates in each category.

To enter, aspiring candidates must download the regulations and the application form from the SAMRO Foundation website (www.samrofoundation.org.za). Applications should be emailed to anriette.chorn@samro.org.za on or before Monday, May 16.

About the SAMRO Overseas Scholarships Competition

The SAMRO Overseas Scholarship Competition is regarded as the country’s most lucrative music education award, with total prize money currently amounting to some R500 000 per year.

Held since 1962, the competition rotates every year between awards for vocalists, instrumentalists, keyboard players (pianists and organists) and composers.

The main award in each genre (Western art and jazz) currently stands at R200 000 each, to be used by the winners to further their music studies internationally or enrich themselves through master classes.

Each year, candidate submissions are evaluated by a panel of adjudicators appointed from the top echelons of music academia and practice.