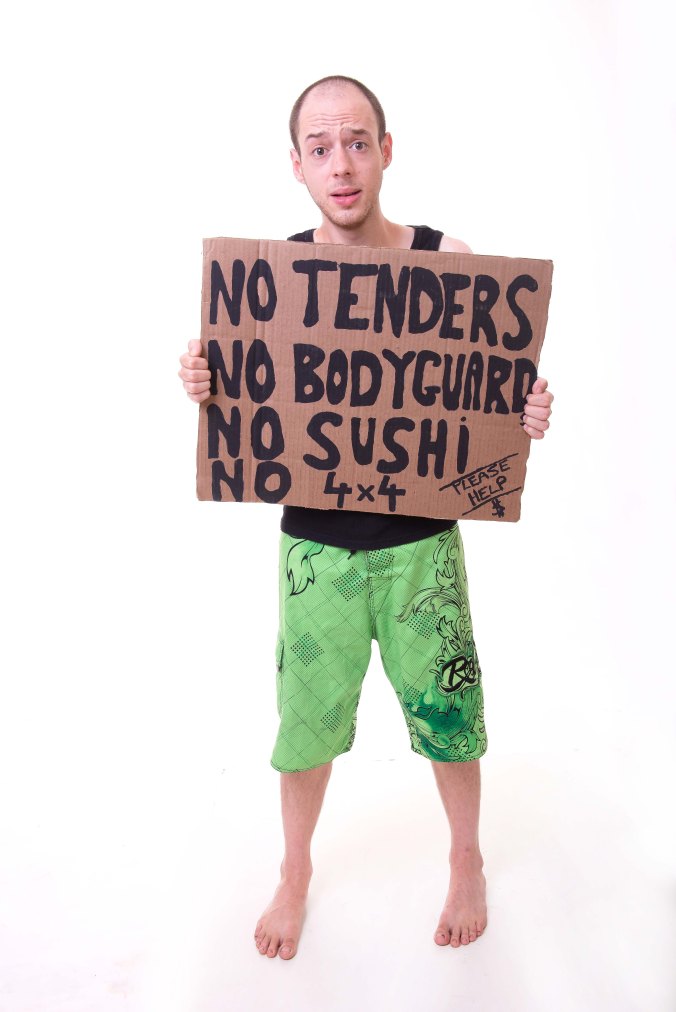 THE Oxford English dictionary describes trauma as a ‘deeply distressing or disturbing experience’ – but those words cannot adequately describe the effect that a violent incident can have on both the person affected and those around them.

In Clinton Marius’ latest show, the one-man tragi-comedy, White Christmas, he examines just what happens to one family following just such an incident.

Performed by talented ‘Maritzburg-born actor, Jonathan Cohen (Shrek! The Musical, The Great American Songbook), the play tells the story of the Van Niekerks, a family from Welkom who travel each year to the same caravan park in Park Rynie on KwaZulu-Natal’s south coast.

It’s where the daughter of family, Chalet, was conceived and her mother considered the name to be ‘Frenchified’. For Chalet, as you can image, it was a whole lot more challenging to have to live with.

Her little brother, JP, tells the audience the story of his family and how this two week holiday is the highlight of the year.

His God-fearing NG Kerk mom scrimps and saves all year to make sure that there are plenty of treats for the family and while at the coast his gentle and caring father fishes to provide food for the table.

JP and Chalet have a special relationship and he marvels at his sister’s ability to tease their mother and her determination to one day own a chain of nail-bars and get married on a yacht with Celine Dion present to sing.

Cohen brings each of these characters vividly to life as JP looks back at previous holidays and shares what life within an impoverished white family in today’s South Africa is like.

His anecdotes provide much of the humour in the play, but as White Christmas progresses those in the audience being to realise that this Christmas holiday is different. There is a quiet sort of desperation as JP puts the campsite together and tries to dress the Christmas tree, passed on to the family by a neighbour.

As he puts the handmade ornaments up, some of which are broken, he says poignantly that since we don’t throw away broken people, why should we throw away a broken ornament or an angel with a missing wing. His words make you wonder who is broken and what has happened to break them. All is eventually revealed but to say more would be to spoil the play’s emotional climax.

White Christmas is another great South African script from Marius, who has also penned the radio play, Lollipop Lane, and the stage shows, The Fantastical Flea Circus, B!*ch Stole My Doek and Sweetie Darling.

And it is clear that the play has been an emotional journey for Marius – who has admitted that it draws on his own family history – and for Cohen, whose beautifully nuanced performance makes this bittersweet tale a must see. Don’t miss it.

White Christmas is at Seabrooke’s Theatre on the Durban High School campus in Musgrave at 7.30 pm today (Saturday, March 5) and 2.30 pm on Sunday, March 6. Tickets are R90 and booking is through Computicket on 0861 915 8000 or online at http://www.computicket.com. Secure parking is provided.