Set against China’s expanding influence on the continent, Buddha in Africa provides a unique insight into the forces of cultural soft power on the identity and imagination of an African boy and his school friends growing up between two cultures.

GETTING her award-winning documentary, Buddha in Africa, to the big screen has been a labour of love for KZN Midlands filmmaker Nicole Schafer, writes ESTELLE SINKINS.

The powerful documentary, which follows the intimate story of a Malawian teenager growing up in a Chinese Buddhist orphanage in Africa, won the best South African documentary prize at the Durban International Film Festival in July, an accolade which means that the film is being considered for the documentary feature qualifying festival hosted by the Academy of Motion Picture, Arts and Sciences.

Schafer is trying to play down the news, but the truth is her documentary could automatically qualify for consideration for an Oscar nomination in 2020. END_OF_DOCUMENT_TOKEN_TO_BE_REPLACED

Nakhane Touré (front left) was named best actor for his work in ‘Inxeba – The Wound’, which also won the prize for best SA director for John Trengrove. Photo: File

INXEBA (known internationally as The Wound) won the prizes for best director for John Trengrove and best actor for Nakhane Touré at the Durban International Film Festival on Saturday, July 22, writes ESTELLE SINKINS.

This is the latest in a string of awards for the film, which has been lauded at film festivals around the world. END_OF_DOCUMENT_TOKEN_TO_BE_REPLACED

Asinamali!, written by Mbongeni Ngema, will be the closing film of the Durban International Film Festival (DIFF). The film will screen at Ster-Kinekor Gateway in Umhlanga at 7 pm on Sunday, July 23 and at 8 pm at the Playhouse the same day. END_OF_DOCUMENT_TOKEN_TO_BE_REPLACED 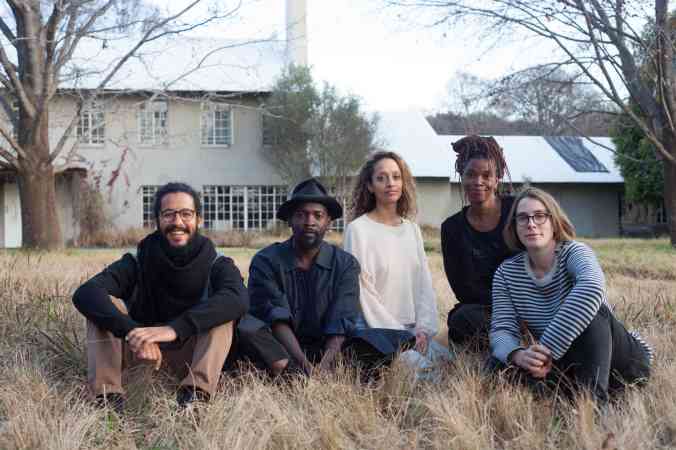 THE 2017 Realness Residency programme is now in its final stage with the second cohort of participants heading to Durban International Film Festival (DIFF) to present their projects at the Durban FilmMart to the industry, under the mentorship of script consultant Selina Ukwuoma.   END_OF_DOCUMENT_TOKEN_TO_BE_REPLACED

The award-winning documentary film follows the dilemma faced by a rural community on South Africa’s Wild Coast as to whether to support or resist a proposed titanium mining project and a national tolled highway.

END_OF_DOCUMENT_TOKEN_TO_BE_REPLACED

PRODUIRE au Sud of Festival des 3 Continents, in Nantes, France, and the French Embassy in South Africa have partnered with Africa’s premier film finance and co-production forum, the Durban FilmMart (DFM), which takes place during the 36th Durban International Film Festival from July 16 to 26.
This is the third year that this prestigious film developmental programme has partnered with the DFM, a film industry development initiative funded by the City of Durban and founded by the Durban Film Office and the Durban International Film Festival.
Produire au Sud, focuses on developing film co-productions, and supports potentially talented producers with techniques to develop their skills in line with international trends and standards.
The FilmMart, now in it’s sixth year, includes a finance forum, master classes and Africa in Focus — a programme of workshops, and also offers a series of networking and social sessions with like-minded industry representatives.
For this year’s DFM, Produire au Sud and the French Embassy, SA, will be bringing in three leading international experts, Italy-based documentary director/producer Stefano Tealdi, Cannes-born script-writer expert Sari Turgeman and France-based strategy and development consultant Dominique Welinski.
They will mentor 19 selected film projects in the finance forum and conduct masterclasses for all delegates.
“One of our key objectives is to provide a platform for African filmmakers to promote their stories ,” explains Toni Monty of the Durban Film Office. “Over the years we have recognised story development as a key area requiring the most support. So we continue to focus on this area in an endeavour to support the promotion of our continent’s narratives.”
Says Produire au Sud’s head Guillaume Mainguet: “We have similar objectives, although we are on two different continents.
“Our programme is set within the Festival des 3 Continents which features films from Africa, Latin America and Asia, and it is with this interest in this relationship with the DFM that we are able to support the development of film in Africa.
“Working together we are able to identify and guide projects that have potential to be developed and strengthened through the finance forum programme, as well as provide valuable practical insights through the masterclasses to delegates.
“We will also award one project an opportunity to go to the festival in France and work among others, with internationally experience script experts in a week-long programme in our Produire au Sud (PAS) workshop.”
A number of projects have, over the past two years been awarded an opportunity to participate in the Produire au Sud (PAS) Script Studio through this partnership.
In 2013, the award was given to The Bill directed by Nosipho Dumisa, (co-produced by Travis Taute and Junaid Ahmed) and Whiplash, directed by Meg Rickards (and produced by Jacky Lourens).
As part of the France South Africa Seasons that year, Hhola, Hhola directed by Madoda Ncayiyana (and produced by Julie Frederikse) was also selected.
Last year, it went to Hawa Hawaii, directed by Amirah Tajdin and produced by Wafa Mohamed Tajdin, Bongiwe Selane, Helena Spring and Junaid Ahmed, and Mrs Popplestone, directed by Sarah Ping Nie Jones and produced by Jean Meeran.
• For more information about the DFM and to register as a delegate visit http://www.durbanfilmmart.com